Failure is a great teacher, and I think when you make mistakes and you recover from them and you treat them as valuable learning experiences, then you've got something to share.

I'm not a doctor. I just have a tremendous amount of common sense.

If a man loves you... he's willing to profess it. He'll give you a title after a while. You're going to be his lady, his woman, his fiancee, his wife, his baby's mama, something.

Men respect women who have standards - get some!

the number one cause of failure in this country is the fear of failure.

A person has to remember that the road to success is always under construction. You have to get that through your head. That it is not easy becoming successful. 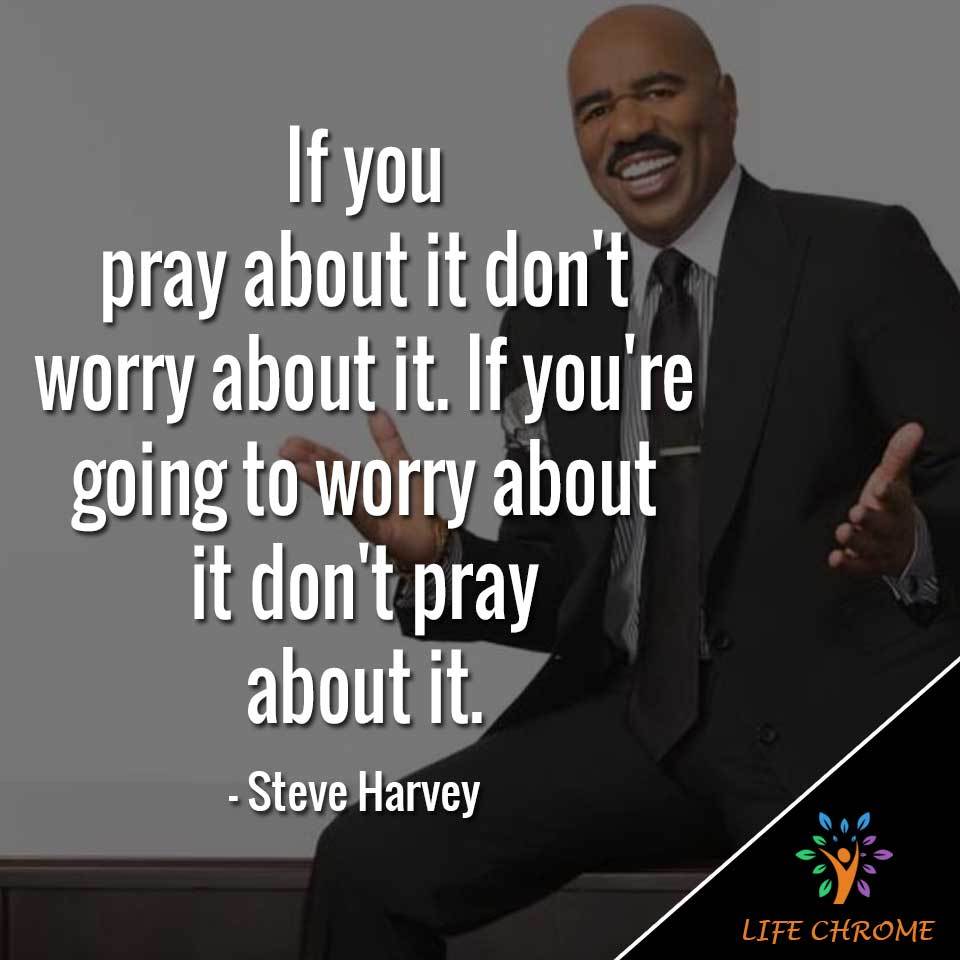 A woman can't change a man because she loves him. A man changes himself because he loves her.

Women are the real reason we get up every day. I'm talking about real men. If there were no women, I would not even have to bathe, because why would I care? These are guys I'm hanging with. I wake up for a woman every day of my life to make it happen for her.

Failure means you've now learned another valuable lesson that pushes you one step closer to success.

Do what you say you're going to do! People can do nothing but respect that.

If he hasn't lined up the who he is, the what he does, and the how much he makes in the way that he sees fit, he can't possibly be to you what he wants to be.

Now, revealing that you're a keeper is no guarantee that this guy won't just walk away. Some men really are just sport fishing and have no intention of doing anything more than throwing back the women they bed. If this is the cae with this man, then let him walk-what do you care? He's not the guy you're looking for.

You're an investigator - can't nobody find stuff out like a woman. Y'all put the police to shame, make the little investigative tricks they show on CSI and Law & Order: SVU look like counting lessons on Sesame Street.

God lets you be successful because he trusts you that you will do the right thing with it. Now, does he get disappointed often? All the time, because people get there and they forget how they got it.

What you want most out of life is the thing you have to give the most of.

A real man is happy and eager to live by your rules, as long as he knows what the rules are and he's sure that abiding by those rules will help keep the woman he loves happy.

God doesn’t make any mistakes. You are exactly where you are supposed to be right now.

The only way woman can truly be completely satisfied is to get herself four different men--an old one, an ugly one, a Mandingo, and a gay guy.

People don't like to hear the truth out here cause the truth makes them think.

Procrastinatio n will delay your change!!! Today is a very good day to change; don't let YOU stop yourself from growing!

I'm going to take this God-given gift of being funny, and I'm going to spread it out like peanut butter on everything I do.

I aim for stuff so big, that the dream is bigger than the fear.

I have seen some crazy people do some crazy things on my variety show. I have to stop and ask them a lot of the time, just how they figured out that they could do the things that they do, some of it is just plain freaky.

People don’t like to hear the truth out here because the truth makes them think.

Love is never going to go out of style, a man is always going to want to have the love of a woman. She just needs a game plan to work out how to get his love.

It's really unimaginable that I could start where I was and get here today.

Failure means you’ve now learned another valuable lessons that pushes you one step closer to success.

You don't just sit in the car and let some guy drive you through life, wasting your time.

The most successful people in this world recognize that taking chances to get what they want is much more productive than sitting around being too scared to take a shot.

Women want their love to be reciprocated in the same way they give it; they want their romantic lives to be as rewarding as they make them for their potential mates; they want the emotions that they turn on full blast to be met with the same intensity; and they expect the premium they put on commitment to be equally adhered to, valued, and respected.

“I was homeless. I lived in a car for a couple of years. That was the worst. But nothing was worse than when I was 40 and my mom passed away. My mother was the best person I ever knew. Those were the two lowest points.

But remember what drives a man; real men do what they have to do to make sure their people are taken care of, clothed, housed, and reasonably sastisfied, and if they're doing anything less than that, they're not men.

Your mission, your purpose and your destiny will all be tied to one thing, your gift.

Sometimes we don't appreciate Prayer until we have to go through something!

All men can and will change. But there's only one woman we're going to change for.

You've got to be in a bad relationship to really understand what a great one is.

If you want to be successful you have to jump, there’s no way around it.  If you’re safe, you’ll never soar.

Your reality is yours. Stop wasting time looking at someone else’s reality while doing nothing about yours.

I sit my three sons down and say, 'Listen to me. When the police stop you, immediately comply. Don't walk away, don't smart-mouth; get your hands up and get down on the ground.' If you're not black, you might not have to have that conversation, but I go over and over it with them because I don't want that phone call.

Most of the time, it feels to us that your response is determined not wholly by what is rational, but mostly by how you’re feeling that particular day, at that particular moment.

A woman who can hold a respectful, respectable conversation with a man and his mother is a keeper; a woman who shudders at the prospect of having to talk to the matriarch of a man’s family is a throwback.

A person has to remember that the road to success is always under construction.  You have to get that through your head.  That it is not easy becoming successful.

There has been nothing more impactful on my life and meaningful to me than the introduction of Christ. That, hands down, blows away every joke I've ever written.

But for men, love is loyalty. We want you to show your love to us by being loyal. That means that no matter what, you’re going to stand beside us.

I'm a comedian first. I've learned how to act. I just draw on life experiences and that's how I've learned. I didn't take classes or anything. I don't need no classroom.

You've got to quit lowering your standards. Set your requirements up front so when a guy hooks you, he has to know this is business.

If you are waking up with the sensation that there’s got to be more in life… then there is.

I take my brand very seriously.

When you sit by and just let your life perish without a vision, it is the most painful kind of death. 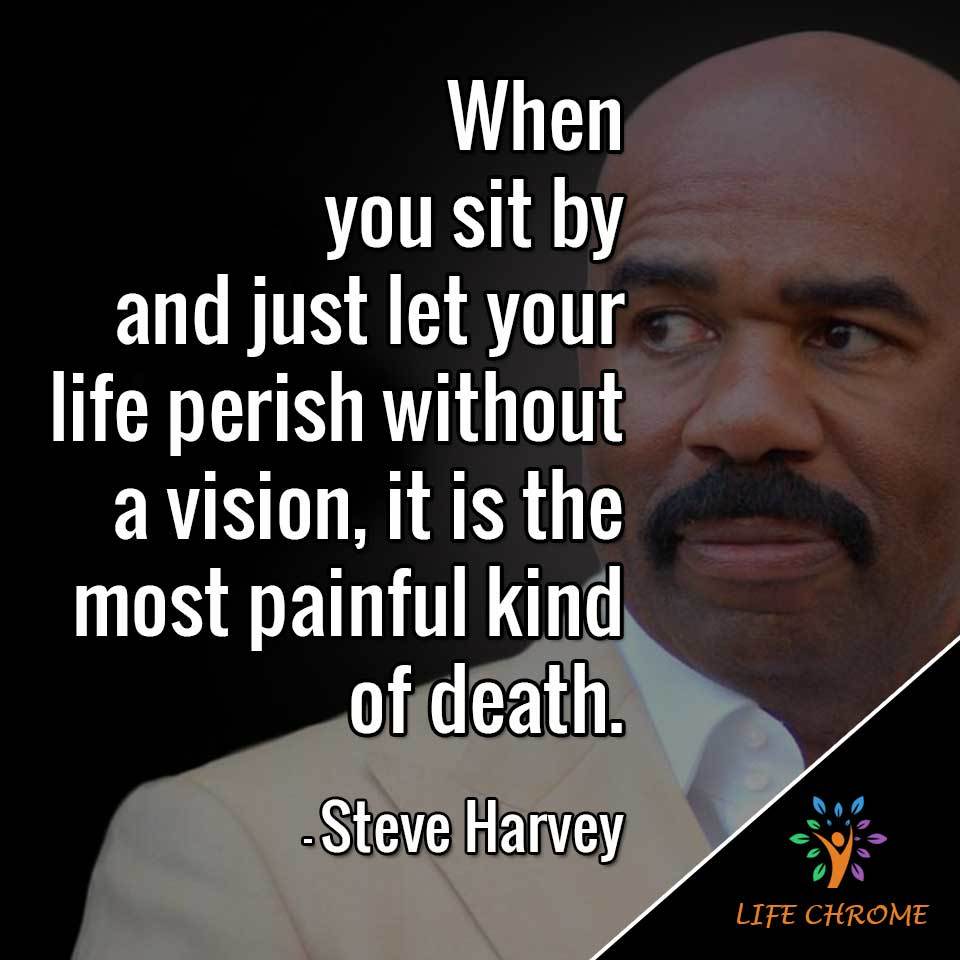 Don’t be afraid to lose him, because if a man truly loves you, he’s not going anywhere.

A woman who won’t let you feel all over her body while you’re dancing is a keeper; a woman who drops it like it’s hot and puts on a dance floor performance that would make video vixen Karrine Steffans blush is a throwback.

My calling is to help people, to teach people, to share with people, until I die. I can never stop doing that. I can't, and I don't want to.

You have nothing if you're texting a guy in a relationship. We can text six women a minute. We can text it and push 'reply all.' I mean, since we're lying, we might as well lie to everybody.

When you understand that God blesses you to become a blesser, you will realize that giving back will become an important part of your success.

You don’t need closure. You just need to give yourself permission to move on.

We can all be something better than we are, if we are only willing to change and forgive.

I’d rather be happy by myself than miserable with someone else.

Change comes in every person’s life. You can either react to it or you can participate in it.

Procrastination will delay your change! Today is a very good day to change; don’t let you stop yourself from growing.

Sometimes out of your biggest misery, comes your greatest gain.

Your job is not your gift. Your gift is something that is connected to you whether you are working or on vacation, with your family or even alone.

One of the biggest misconceptions that a woman has is that a man has to accept her the way she is. No, we don't. I don't know who told you that. We like the bright and shiny. If you stop wearing the makeup, stop putting on nail polish, stop wearing high heels, you'll lose us.

I don't rehearse on either of my shows, 'Family Feud' or my talk show. I never rehearse with the guests. I don't want to have any preconceived thoughts, notions, because that kills my creativity as a host and as a stand up.

People get jealous and use whatever information they have to make you feel bad and themselves feel better.

God has given me a life far beyond anything I ever dreamed about. God is, man, God is something else man.

The dream is free, but the hustle is sold separately.

I tell my boys not to play rough with their younger sister. I try to teach them what I know already: You're never going to win an argument with a girl, so just let her have what she wants!

The single most important part of your life is your dream.

I'm just a living witness that you can be an imperfect soldier and still be in the army fighting for God Almighty. Don't you think you got to be perfect 'cause I ain't.