I have noticed even people who claim everything is predestined, and that we can do nothing to change it, look before they cross the road.

We are just an advanced breed of monkeys on a minor planet of a very average star. But we can understand the Universe. That makes us something very special.

My goal is simple. It is a complete understanding of the universe, why it is as it is and why it exists at all.

Life would be tragic if it weren't funny.

I have no idea. People who boast about their IQ are losers.

People won't have time for you if you are always angry or complaining.

Nothing is better than reading, and going more and more knowledge. 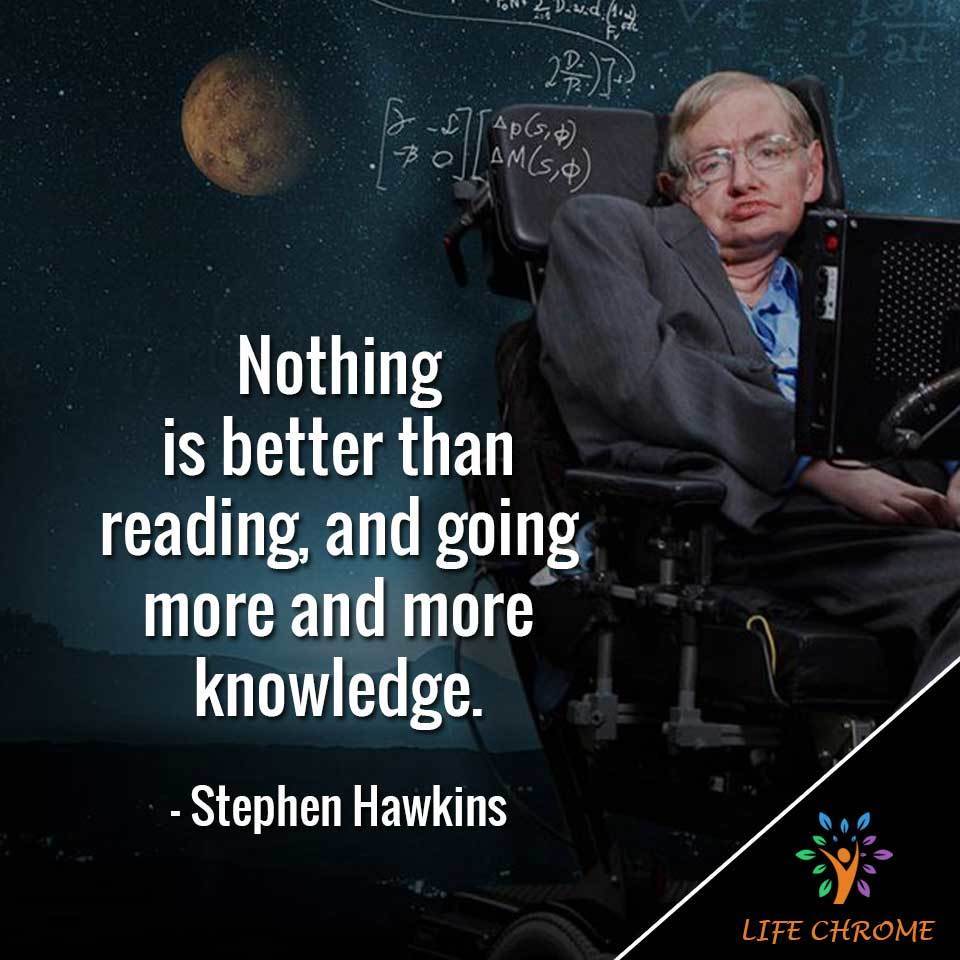 We only have to look at ourselves to see how intelligent life might develop into something we wouldn’t want to meet,

Not only does God play dice, but... he sometimes throws them where they cannot be seen.

My advice to other disabled people would be, concentrate on things your disability doesn't prevent you doing well, and don't regret the things it interferes with. Don't be disabled in spirit as well as physically.

I believe alien life is quite common in the universe, although intelligent life is less so. Some say it has yet to appear on planet Earth.

Science is not only a disciple of reason but, also, one of romance and passion.

The past, like the future, is indefinite and exists only as a spectrum of possibilities.

Look up at the stars and not down at your feet. Try to make sense of what you see and wonder about what makes the universe exist. Be curious.

God is the name people give to the reason we are here.

God may exist, but science can explain the universe without the need for a creator.

I am just a child who has never grown up. I still keep asking these 'how' and 'why' questions. Occasionally, I find an answer.

I believe there are no questions that science can't answer about a physical universe.

In my opinion, there is no aspect of reality beyond the reach of the human mind.

Many people find the universe confusing -- it's not.

Intelligence is the ability to adapt to change. 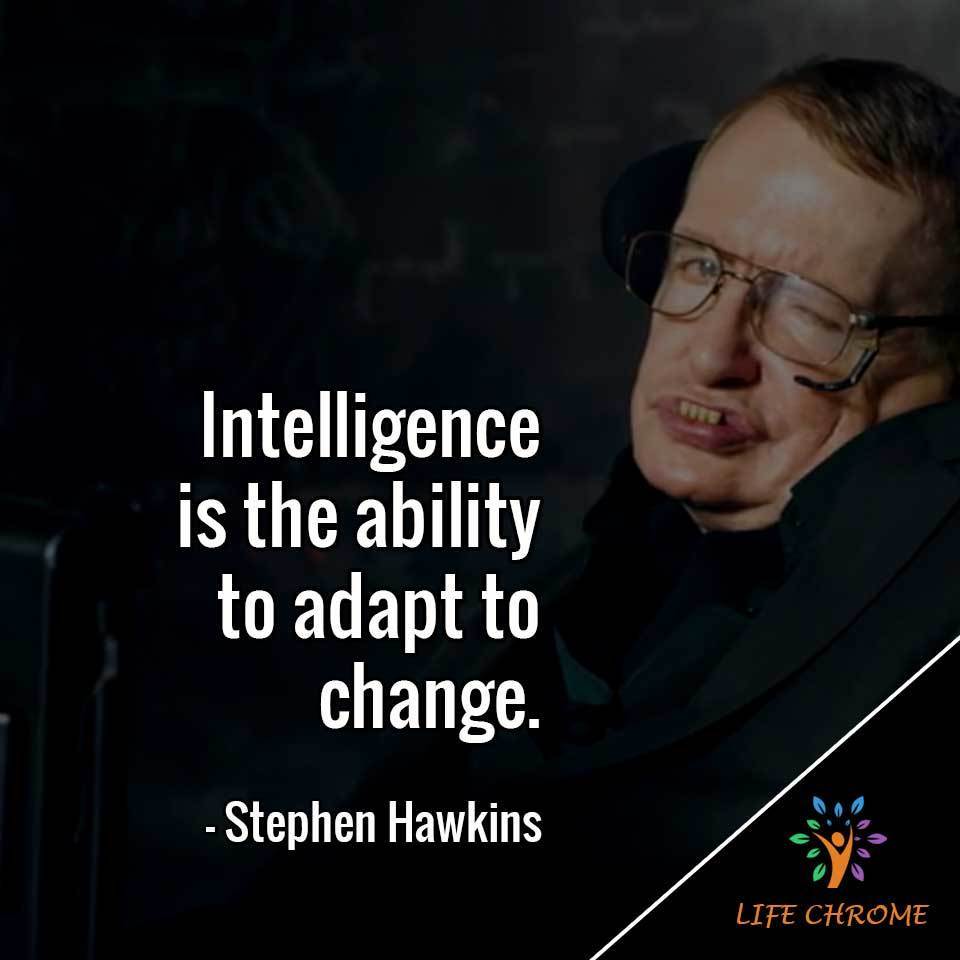 Science can lift people out of poverty and cure disease. That, in turn, will reduce civil unrest.

Science is increasingly answering questions that used to be the province of religion.

Scientists have become the bearers of the torch of discovery in our quest for knowledge.

The universe is not indifferent to our existence -- it depends on it.

There is no unique picture of reality.

There is nothing bigger or older than the universe.

When one's expectations are reduced to zero, one really appreciates everything one does have.

Work gives you meaning and purpose, and life is empty without it.

However difficult life may seem, there is always something you can do, and succeed at. It matter that you don’t just give up. 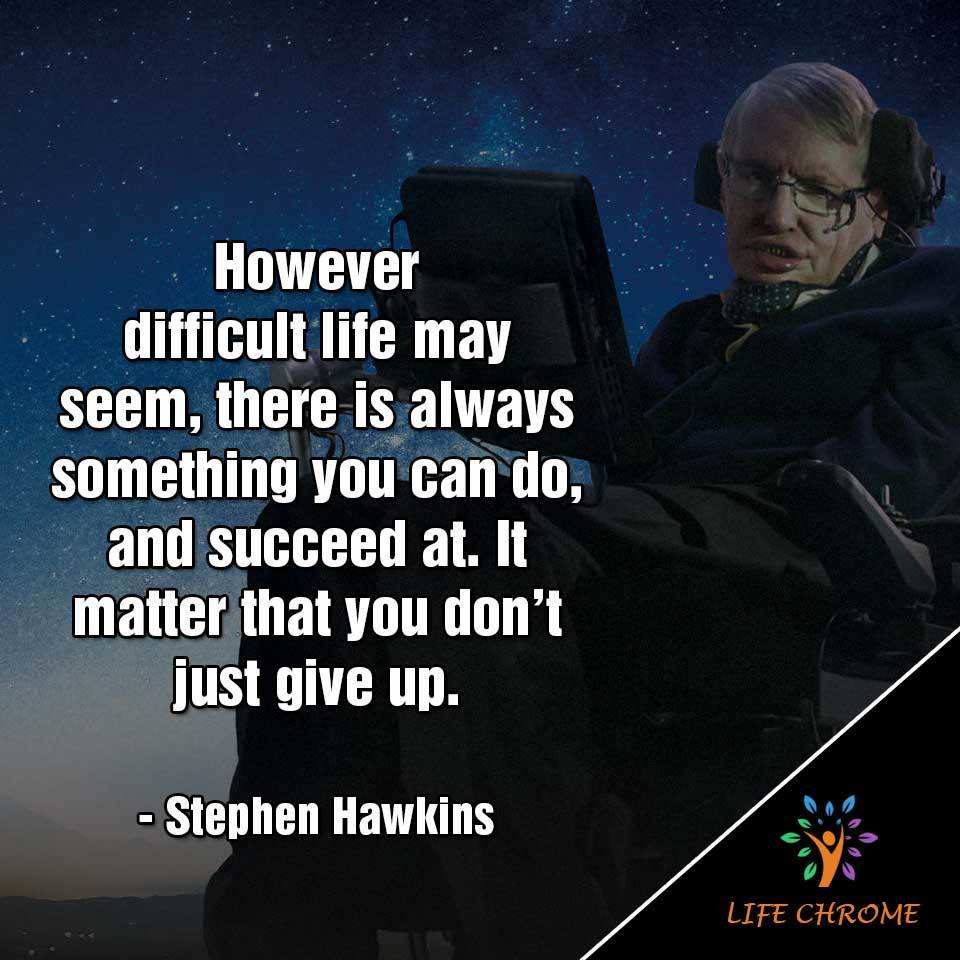 Without imperfection, you or I would not exist.

The thing about smart people is that they seem like crazy people to dumb people.

If we find the answer to why the universe exists, it would be the ultimate triumph of human reason – for then we would know the mind of God.

If time travel is possible, where are the tourists from the future?

It surprises me how disinterested we are today about things like physics, space, the universe and philosophy of our existence, our purpose, our final destination. Its a crazy world out there. Be curious.

We are all different, but we share the same human spirit. Perhaps it’s human nature that we adapt and survive.

The idea of 10 dimensions might sound exciting, but they would cause real problems if you forget where you parked your car. 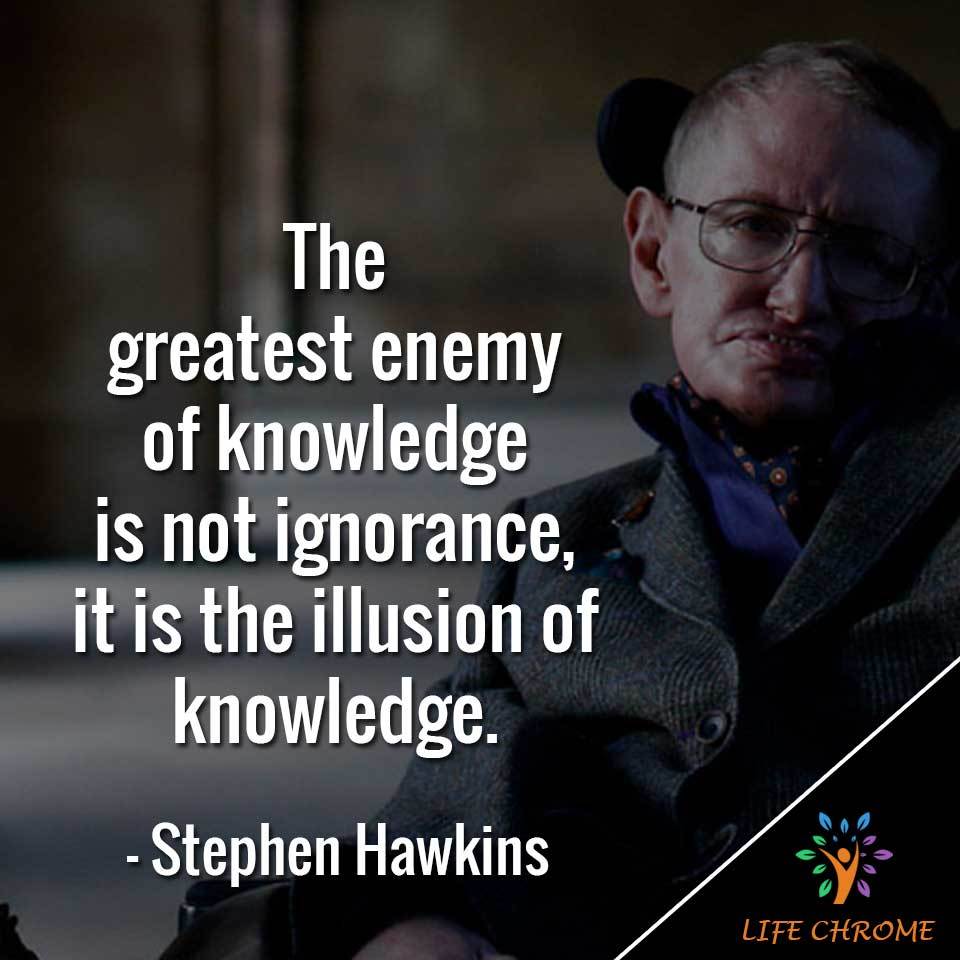 Keeping an active mind has been vital to my survival, as has been maintaining a sense of humor.

My expectations were reduced to zero when I was 21. Everything since then has been a bonus.

The downside of my celebrity is that I cannot go anywhere in the world without being recognized. It is not enough for me to wear dark sunglasses and a wig. The wheelchair gives me away.

He once said: ‘It would not be much of a universe if it wasn’t home to the people you love

Although I cannot move and I have to speak through a computer, in my mind I am free.

Try to make sense of what you see and wonder about what makes the universe exist. Be curious, and however difficult life may seem, there is always something you can do, and succeed at. It matters that you don’t just give up.

I think computer viruses should count as life ... I think it says something about human nature that the only form of life we have created so far is purely destructive. We've created life in our own image.

I'm not afraid of death, but I'm in no hurry to die.

Quiet people have the loudest minds. 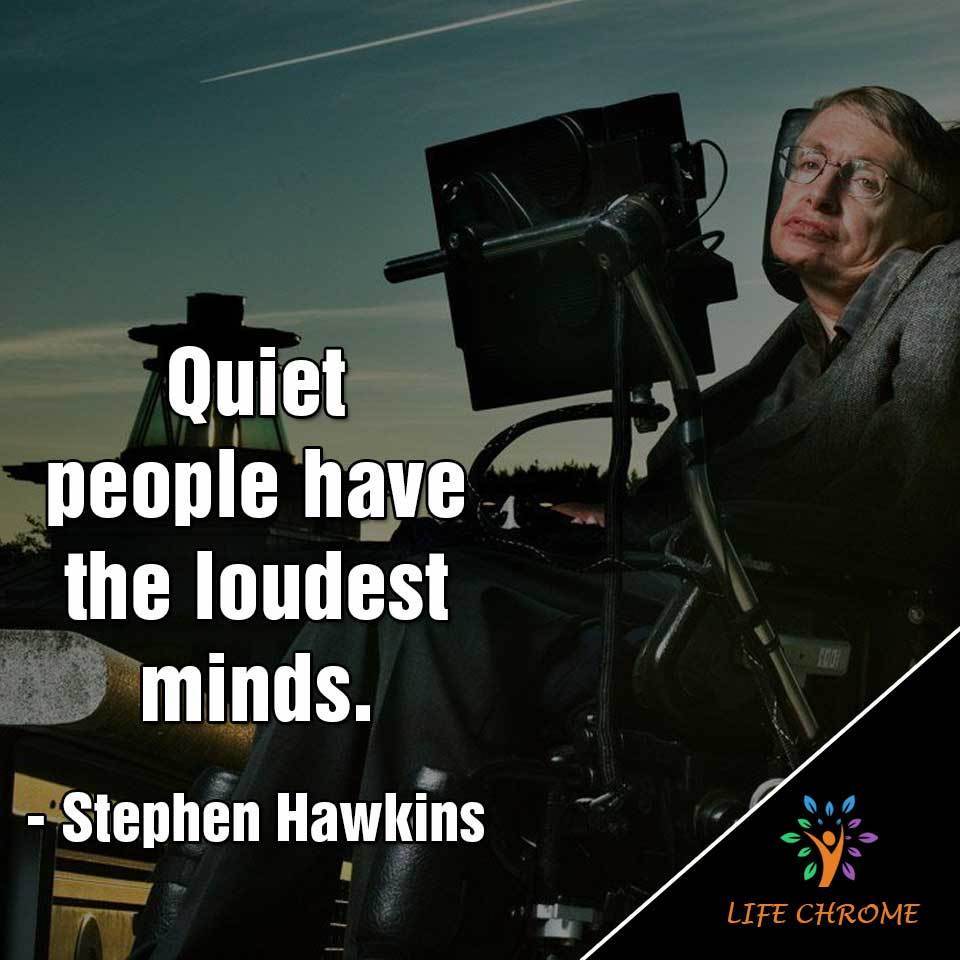 I don't think the human race will survive the next thousand years, unless we spread into space.

I wouldn’t compare it to sex, but it lasts longer.

Next time someone complains that you have made a mistake, tell him that may be a good thing. Because without imperfection, neither you nor I would exist.

So next time someone complains that you have made a mistake, tell him that may be a good thing. Because without imperfection, neither you nor I would exist.

If I had to choose a superhero to be, I would pick Superman. He’s everything that I’m not.

I am just a child who has never grown up. I still keep asking these ‘how’ and ‘why’ questions. Occasionally, I find an answer.

I have lived with the prospect of an early death for the last 49 years. I’m not afraid of death, but I’m in no hurry to die. I have so much I want to do first.

It is a waste of time to be angry about my disability. One has to get on with life and I haven’t done badly. People won’t have time for you if you are always angry or complaining.

We are in danger of destroying ourselves by our greed and stupidity. We cannot remain looking inwards at ourselves on a small and increasingly polluted and overcrowded planet.

I have so much that I want to do. I hate wasting time.

Some people would claim that things like love, joy and beauty belong to a different category from science and can’t be described in scientific terms, but I think they can now be explained by the theory of evolution.