You are searching for Pitbull quotes, right? Do you want to learn more about him?

Here is the short details:

Pitbull is one of the most successful musicians in the recent times. His full name is Armando Christian Pérez but he is professionally known as Pitbull and established himself as a rapper, singer and songwriter.

In 2004, he released his first album "M.I.A.M.I.". After that numerous albums was published by him those are extremely popular. His notable performance in World Cup Football 2014 introduces him to every corner of the world.

Learn more about Pitbull from Wikipedia. In this article, we are providing you the best Pitbul quotes.

Everyday above ground is a great day, remember that.

Just out here workin' hard and doin' what we do best: grind, hustle, and anything possible to create new opportunities.

Don't be afraid to lose. Listen. And always invest in yourself.

I always wanna be able to fight, I always wanna be able to go left when they tell me to go right, not because I'm being hard-headed, it's just me taking a creative stance. I have no problem with constructive criticism, but, at the same time, I have a problem with doin' the same thing that everybody's doin'. And that's the way I've found a way to survive in the music game. 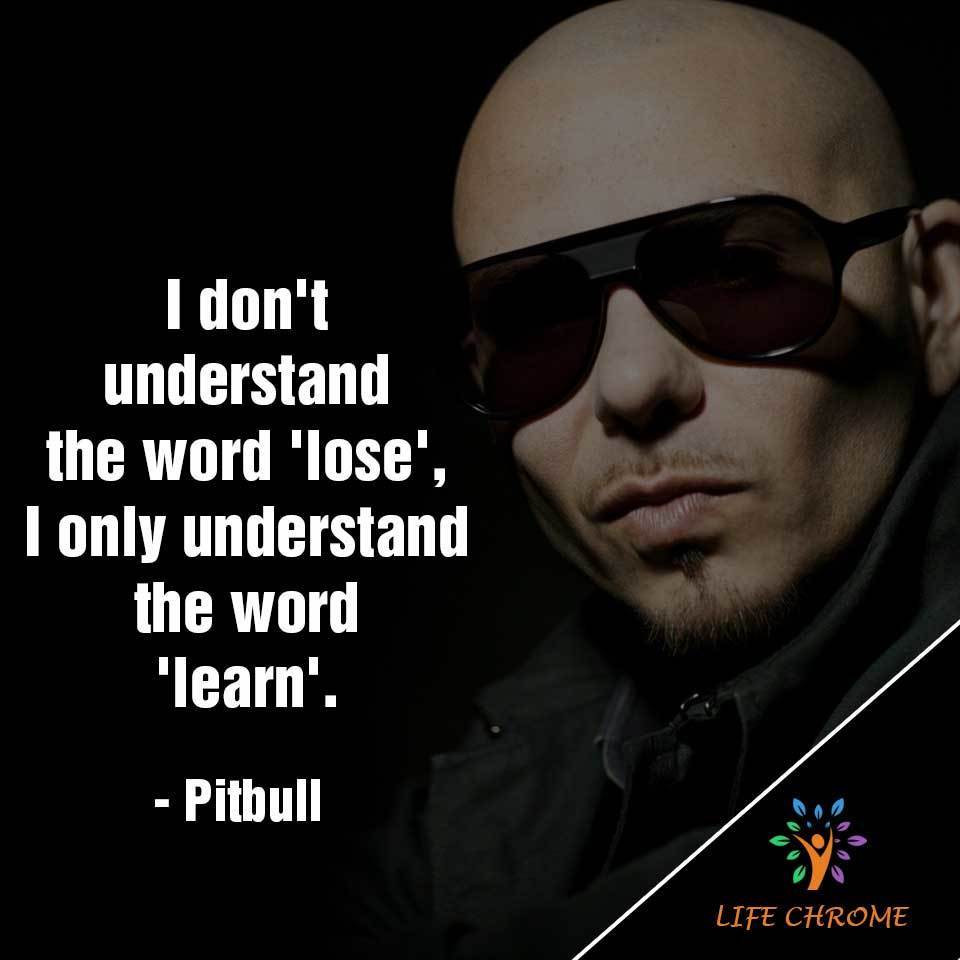 I was taught in kindergarten: sharing is caring.

I'm sharp... What the street taught me how to do is how to hustle. How to make something out of nothing.

Now look at the crowd. We’ve got everybody here tonight: Black, white, Asian, Latinos—and guess what?

President Obama says we can all stay! God Bless America!

This is the truth: I'm into sales. I love deals. I'm definitely a sucker for steals.

Everything is humble and positive energy.

I work hard. But I play hard, too.

Punish the deed, not the breed.

Don't just give me an advance. I want a percentage.

I think of fans like a barbershop. I want that debate.

I'm not a Reggaeton artist and I'm not a Crunk artist either.

There's no success without failure and no winning without losing. 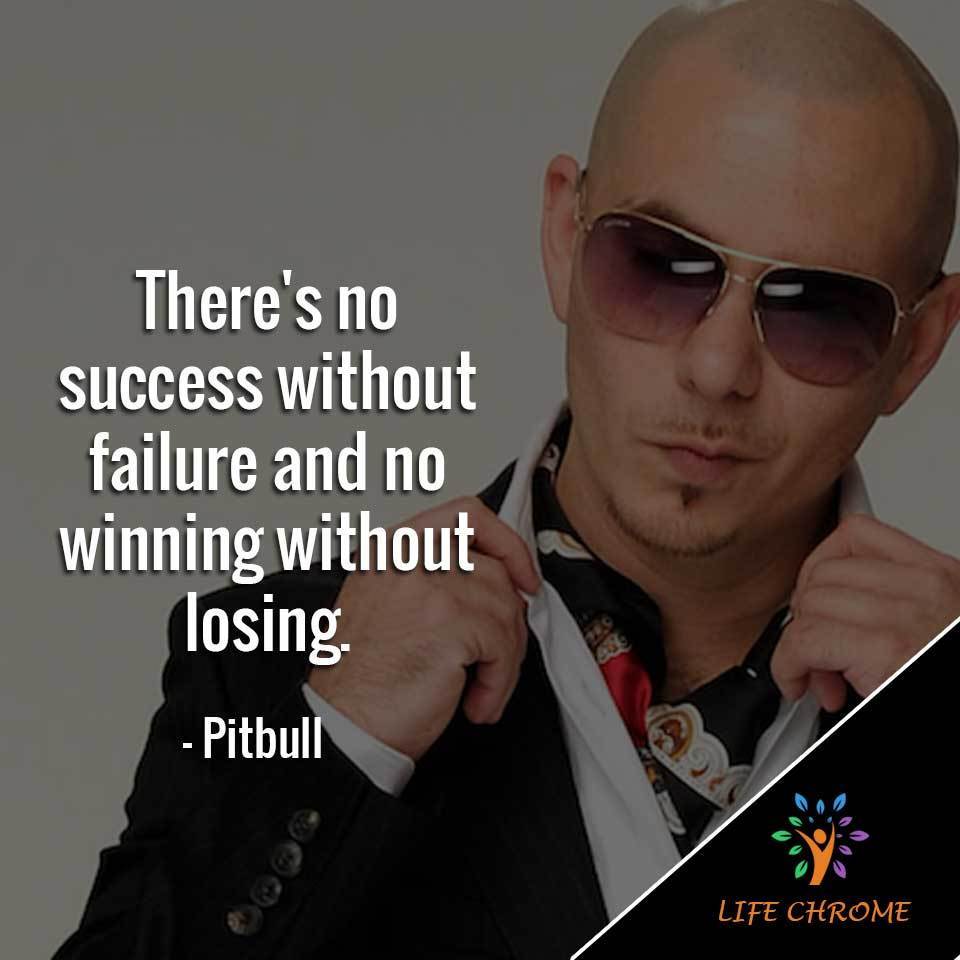 I already had three strikes against me. One, I have light skin. Two, I'm from Miami, which wasn't getting looked at at the time. Three, I'm Cuban. But now, I've made everything that stacked against me into a virtue.

As far as the fans, I always say it because it's the truth: without them I'm absolutely nothing.

Pretty soon I think you'll have Republicans, Democrats and Hip Hop as a party.

Simplicity is the key to success.

I'm taking all the negatives in my life, and turning them into a positive.

If you continue to work hard, let that be the fuel to your fire.

Life is to live it, not to let it live you.

I'm no longer an artist, I'm a business partner.

I'm just here to open up doors for all these other cats out here that are trying to do the same thing really.

In any country when you throw something in somebody's face, it's disrespectful. 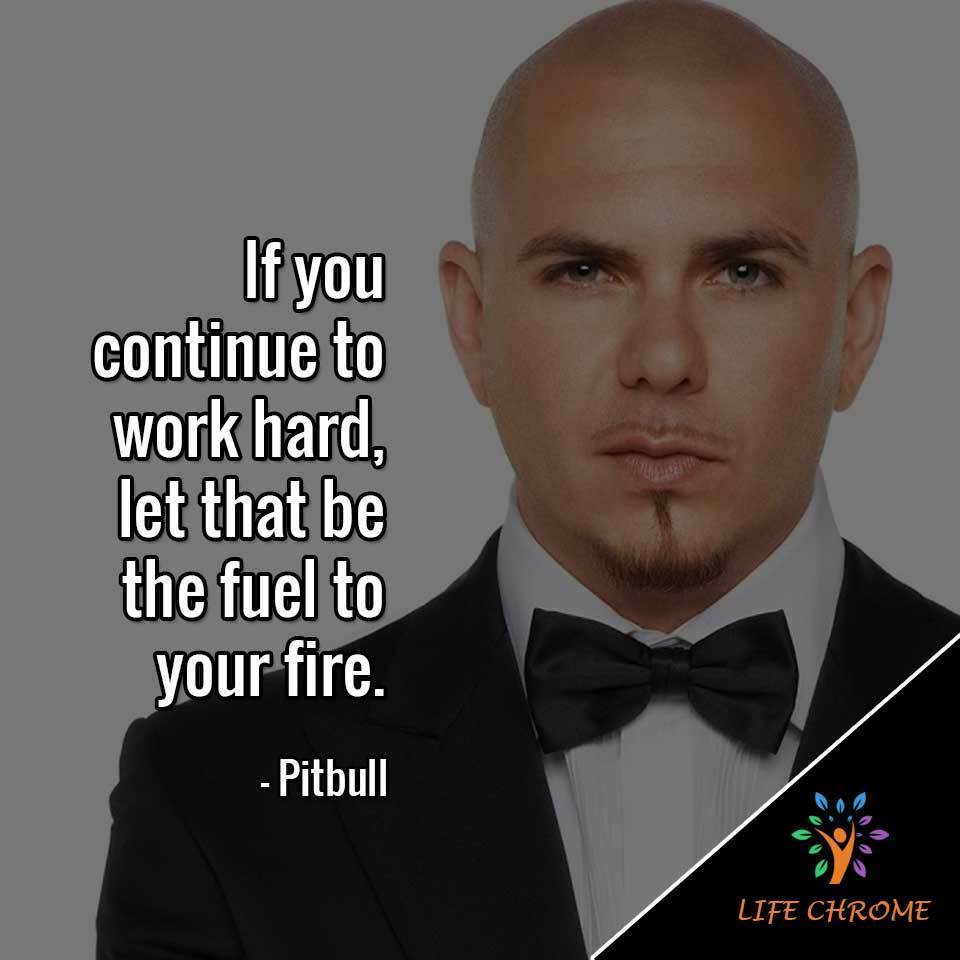 I can be a part of everything. Every movement.

I won't perform in Cuba until there's no more Castro and there's a free Cuba. To me, Cuba's the biggest prison in the world, and I would be very hypocritical were I to perform there.

Look, Pitbull is a product.

I like to keep my money at the end of the day.

My motivational music is any music that helps me escape. There are certain records that take you to euphoria, when you're partying and havin' a good time, dancin' with a couple people.

I'm definitely someone who enjoys life and wakes up with a ball of energy.

My owner is life and that's what I fight for.

I make music with no boundaries.

As Americans, which I suffer from myself, we have ADD. 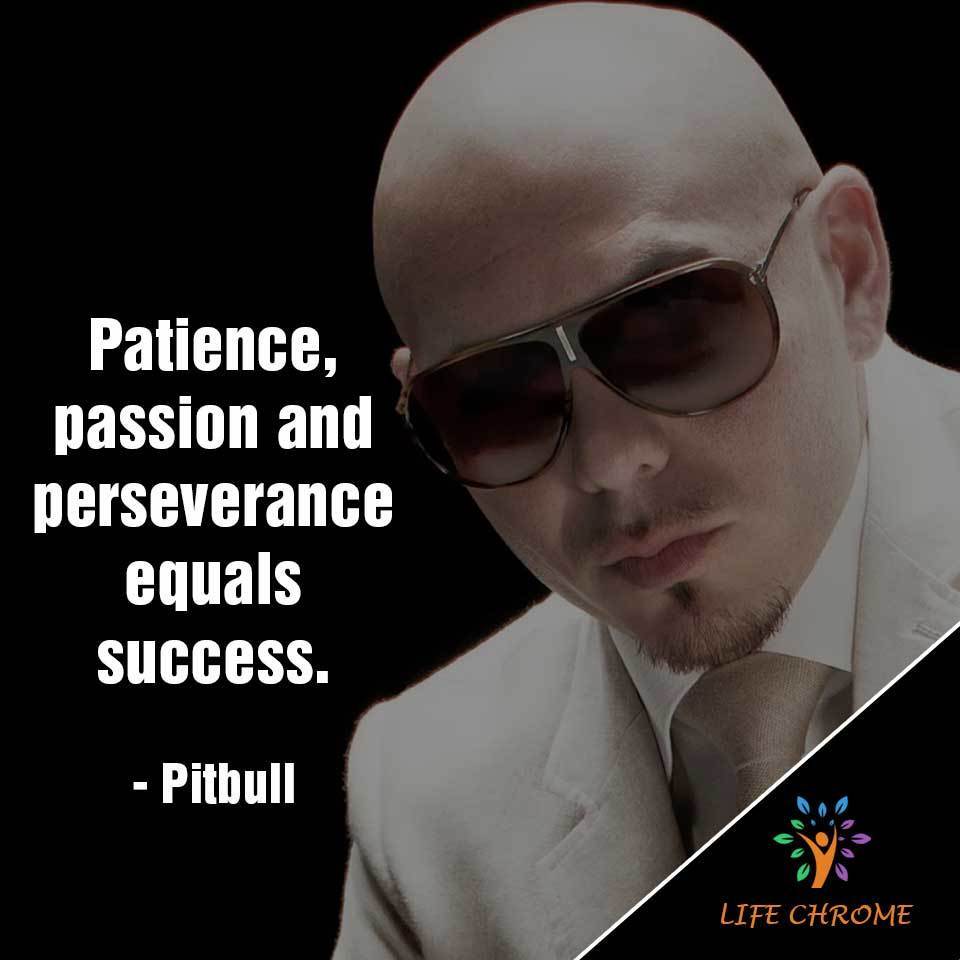 It's all about music, because music is basically what's... been my avenue out of maybe being involved in things I shouldn't be.

Now, with the Internet, you're either five years ahead or you're five years behind, and the music game is catchin' up right now.

I'm in the major league now.

My whole thing is just being a part of good music.

Every time I reach a new audience, that means I'm doing something right.

You can't get much whiter than me.

I look at this game from a different perspective. 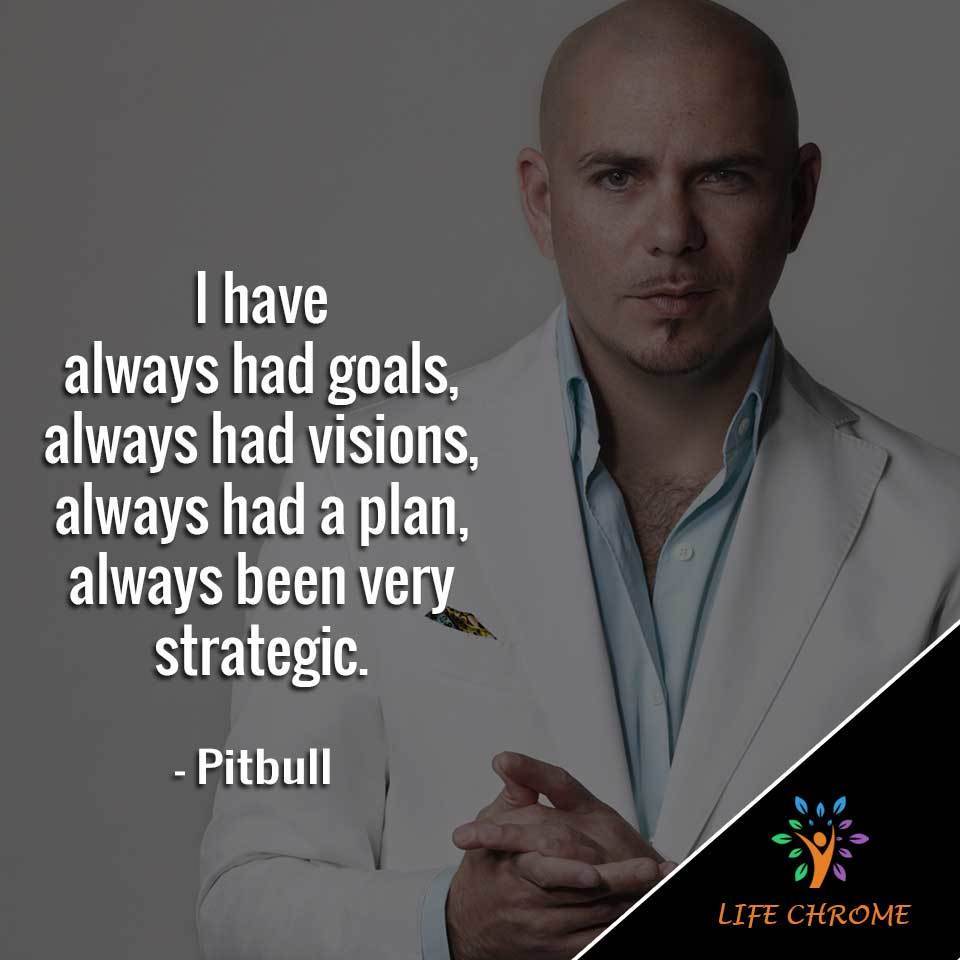 Music is my hustle.

If you look at Cuba what's the benefit in being in Cuba? Really? It's almost like being in prison. You can't think. You can't have your own opinions. You have no opportunity. You just gotta live life the way you were born into it.

The thing with me and endorsements is it's harder for me to get endorsements because of the simple fact that I want in.

I'm taking a lot of freestyle music and flipping it.

I don't agree when the USA, that lives by a constitution, says, OK, just because you look this way, we're going to ask you for your documentation, or you gotta go back to your country.

Any time I see anything moving onstage, I'm cautious about it.

Music to me is something I did as a hobby.

I feel like I've been fighting in music and creating new ways and new opportunities to make things work even when people thought it wouldn't.

When I get in the studio the idea is just to work and bang out as many as I can.