Before going to the main part, we would like to give you  a brief details about Lil Pump for those who don't know much about him.

Original name of Lil Pump is Gazzy Garcia known as a American rapper and songwriter. "Lil Pump" is his debut album in 2017 and his is getting popularity from that time. "Gucci Gang" is one of this first song from the first album. "Harverd Dropout" is his 2nd album released in February 2019.

Unlike other public figure, he is super active public persona who is being in the news for different behavior.

Before start reading the Lil Pump quotes, you can learn more about Lil Pump from Wikipedia.

My goal is to be the most ignorant, richest rapper I could be.

We got rich lawyers... The best lawyers on the planet.

I grew up listening to a lot of Chief Keef, Lil B, all that.

I want to be the biggest thing that's out because I'm different from everybody. I don't sound like nobody. 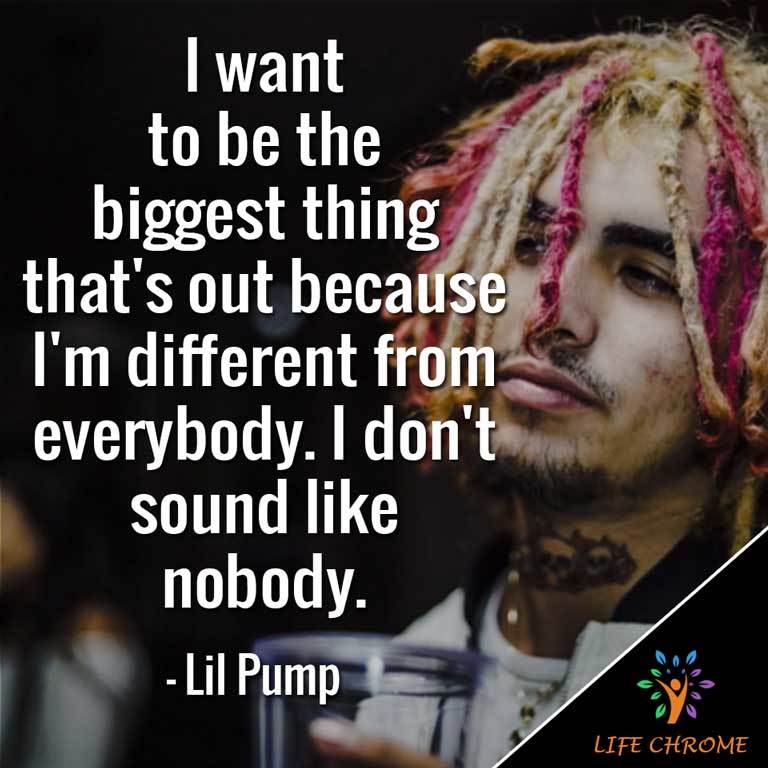 "Pump' was my first song.

I just do what I do. 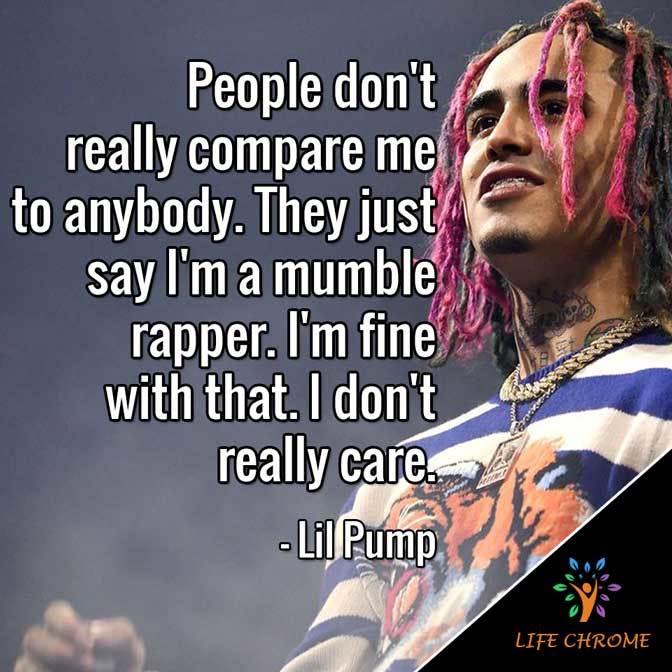 Look at my neck shine, Look at my wrist shine, My diamonds make you blind.

My lean cost more than your rent, Your mama still live in a tent.

I don’t like telling people telling how old I am. 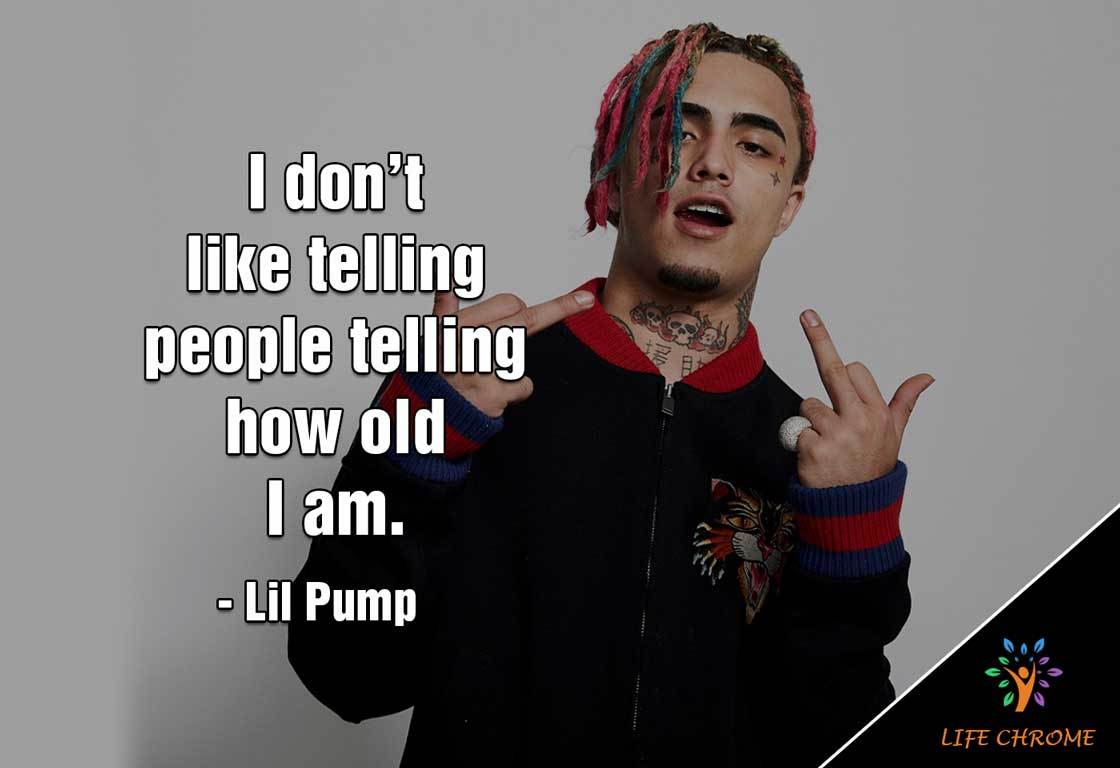 Everything that you done did, I done did it, Pockets swole like it’s 24 Fitness.

I can’t buy a bit*h no wedding ring, Rather go and buy Balmains.

I want everyday to have a merry Christmas spread love and positivity. 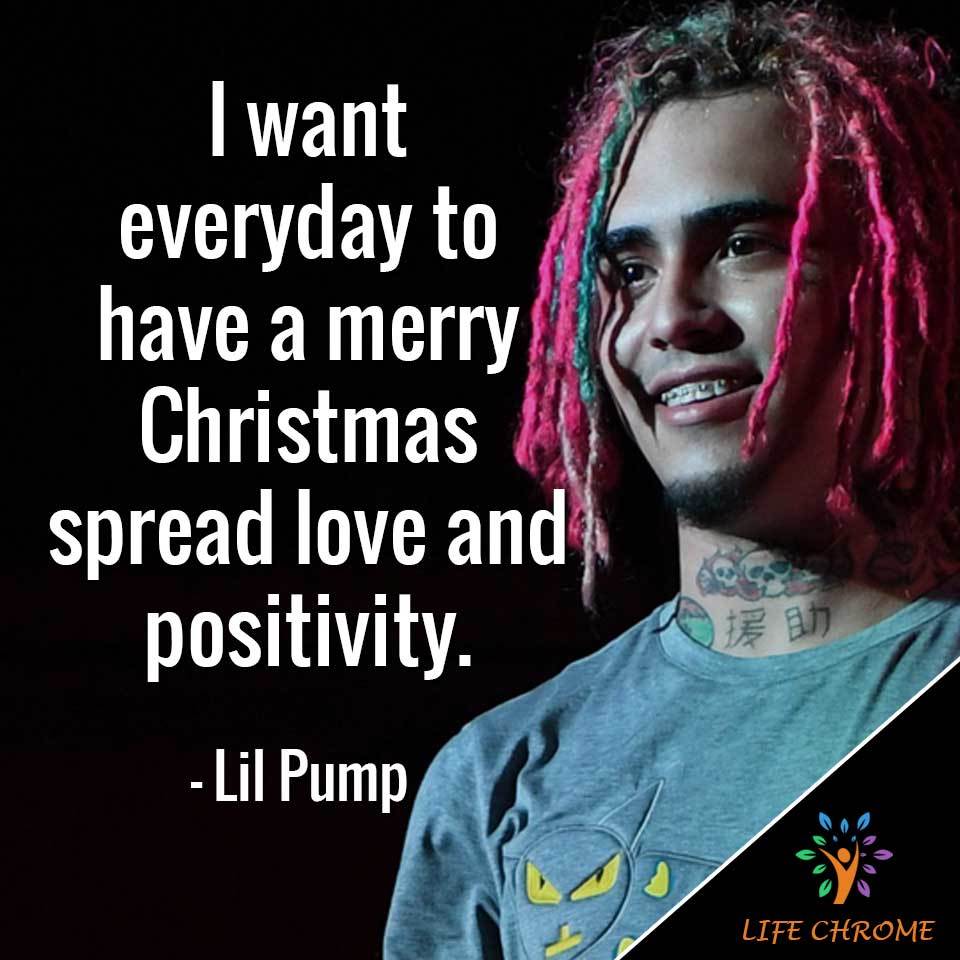 Lil Pump is a god.

One day your gonna see me at the top, And remember how much I meant to you and your gonna hate yourself for letting me go.

I really did drop out of Harvard to save the rap game.

Stressed about things I shouldn’t even be stressing about. 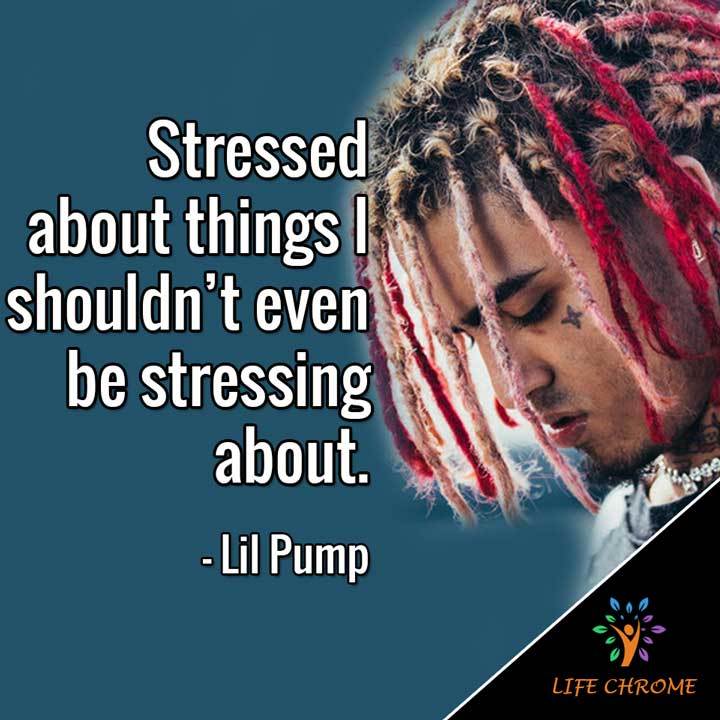 I might pull up to the vip in a Lexus I might fuck a new bitch out in Texas, Whoa, lil yachty on a boat yeah she know I get it for the low.

I got people to take care of my mom, my dad, my grandma, my aunties.

The running joke these days is that you know your startup is failing if it switches from LaCroix to Talking Rain.