In the movie lovers community, Josephine Baker is a frequently discussed name. She is considered as one of the biggest heroines for her glamour, dancing, and courage. Besides those talents, she can sing superbly.

With a single show ‘Un Vent de Foile’ in 1972, she created a sensational vibe in all over Paris and the french community. She acted in "Zouzou" as first African in a big motion movie. In her glamourous career, she achieved many awards including ‘Croix de Guerre’ from the French Military. Learn more about Josephine Baker from Wikipedia.

In this post, you are about to know some quotes from this supremely talented person.

Surely the day will come when color means nothing more than the skin tone, when religion is seen uniquely as a way to speak one’s soul; when birth places have the weight of a throw of the dice and all men are born free, when understanding breeds love and brotherhood.

The secret to the fountain of youth is to think youthful thoughts.

All men can live together, if they wish to.

I improvised, crazed by the music… Even my teeth and eyes burned with fever. Each time I leaped I seemed to touch the sky and when I regained earth it seemed to be mine alone.

I believe in prayer. It’s the best way we have to draw strength from heaven. 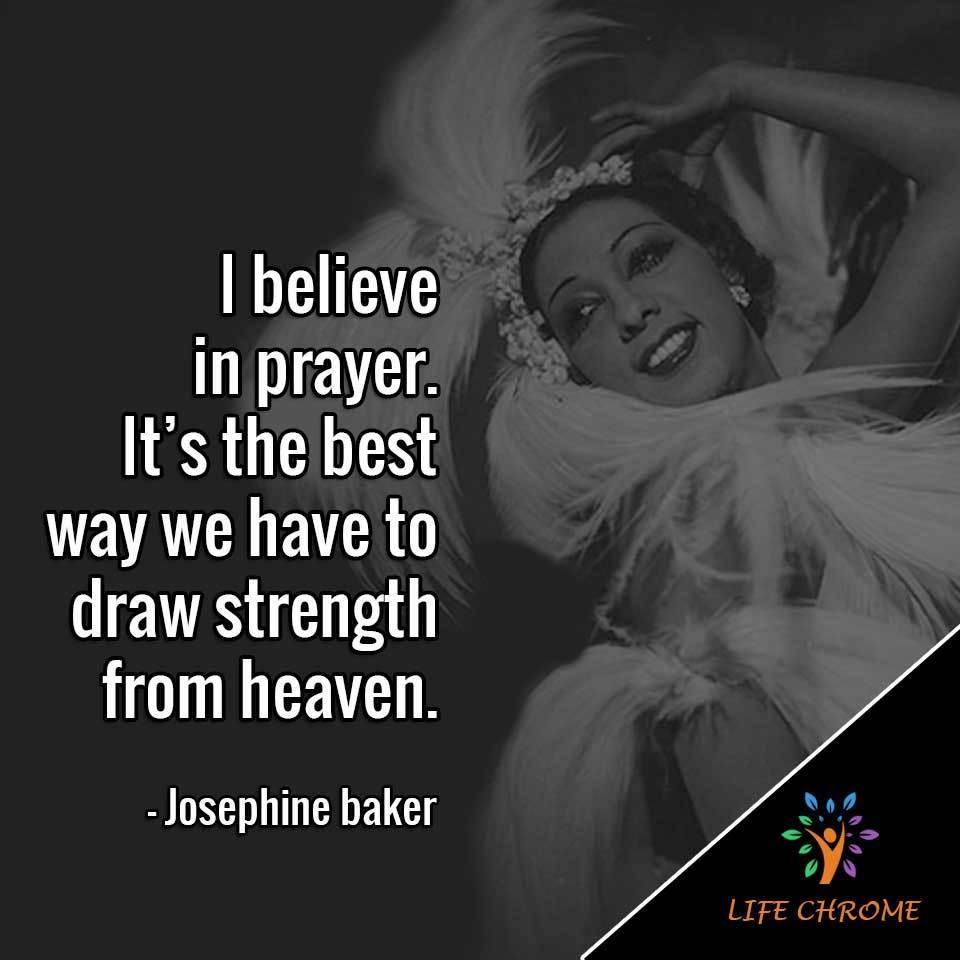 I believe if the white and colored people could get together and be let alone, they would understand each other and consequently love each other.

Beautiful? It’s all a question of luck. I was born with good legs. As for the rest… beautiful, no. Amusing, yes.

I like Frenchmen very much, because even when they insult you they do it so nicely.

I spent 30 minutes each morning rubbing my body with half a lemon to lighten my skin.

Since I personified the savage on the stage, I tried to be as civilized as possible in daily life.

It [the Eiffel Tower] looked very different from the Statue of Liberty, but what did that matter? What was the good of having the statue without the liberty?

I did take the blows [of life], but I took them with my chin up, in dignity, because I so profoundly love and respect humanity. 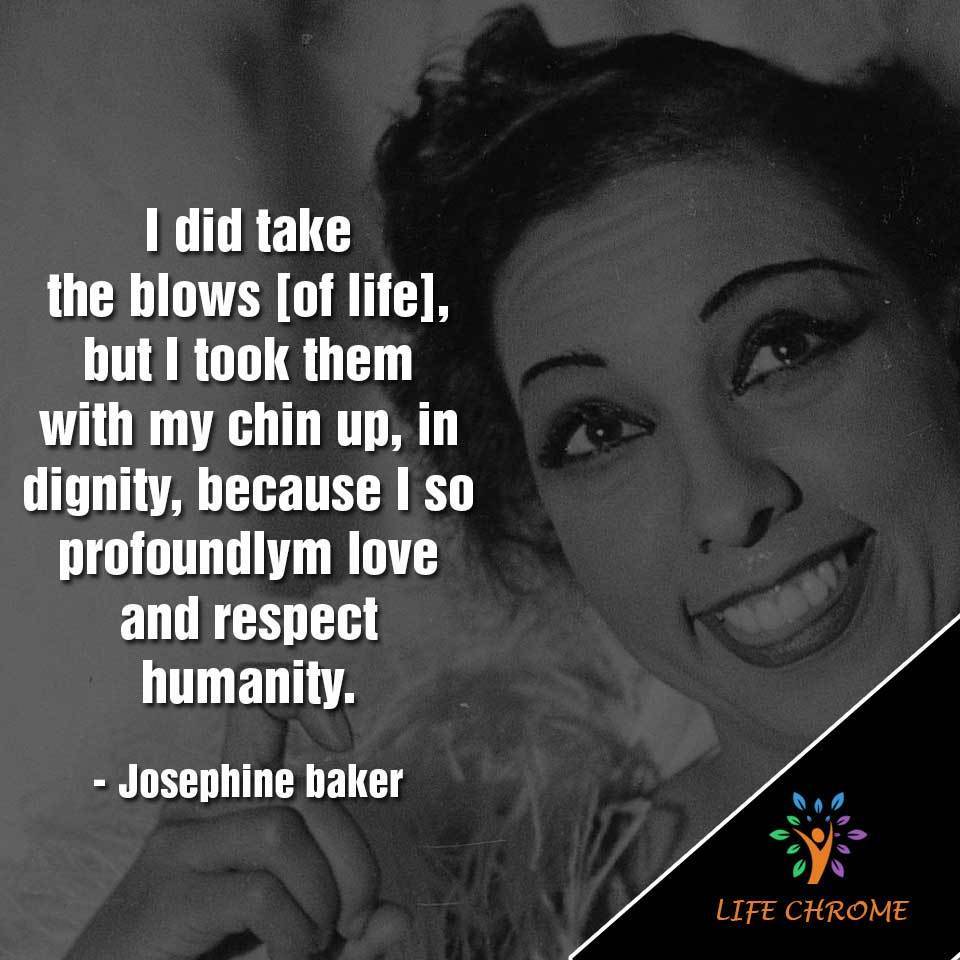 I love performing. I shall perform until the day I die.

The white imagination is sure something when it comes to blacks.

Until the March on Washington, I always had this little feeling in my stomach. I was always afraid. I couldn’t meet white American people. I didn’t want to be around them. But now that little gnawing feeling is gone. For the first time in my life I feel free. I know that everything is right now.

Art is an elastic sort of love.

One dance had made me the most famous colored woman in the world.

I’m not intimidated by anyone. Everyone is made with two arms, two legs, a stomach and a head. Just think about that.

The old Catholic parties hounded me with a Christian hatred from station to station, city to city, one stage to another.

You are on the eve of a complete victory. You can't go wrong. The world is behind you. 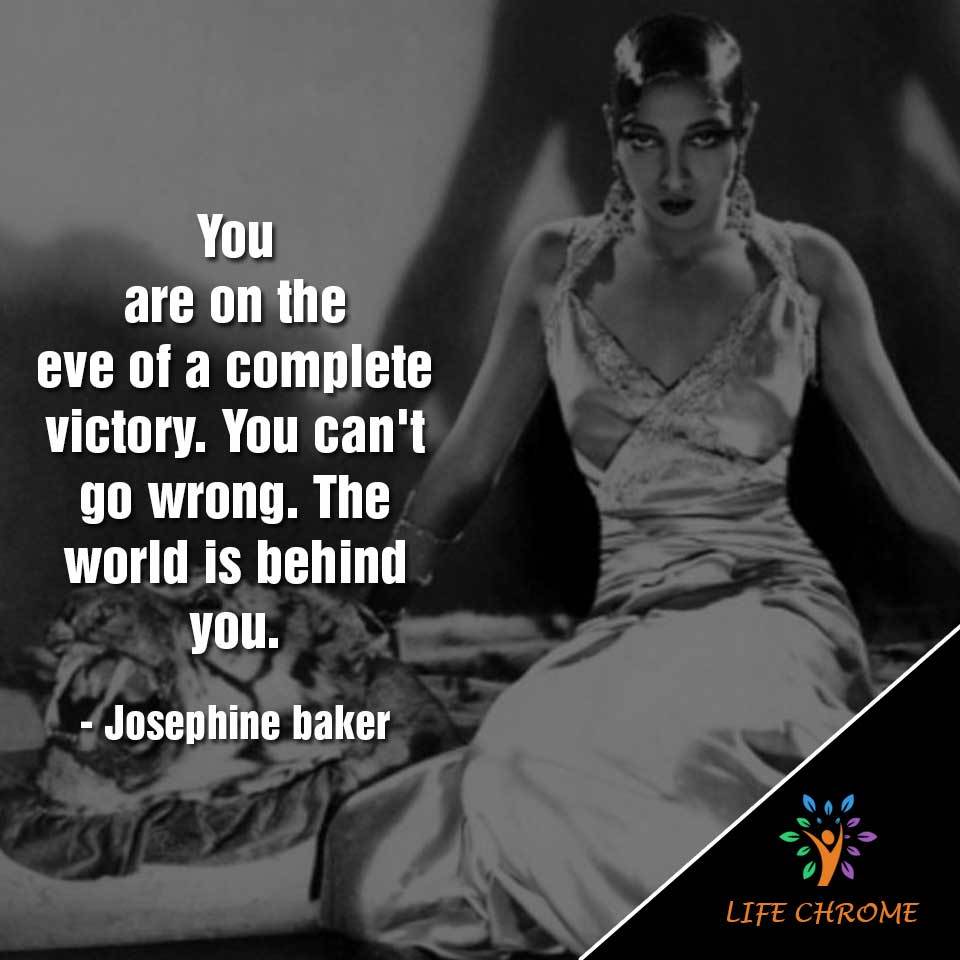 We must change the system of education and instruction. Unfortunately, history has shown us that brotherhood must be learned, when it should be natural.

A violinist had a violin, a painter his palette. All I had was myself. I was the instrument that I must care for.

I have walked into the palaces of kings and queens and into the houses of presidents. And much more. But I could not walk into a hotel in America and get a cup of coffee, and that made me mad.

I wasn't really naked. I simply didn't have any clothes on.

He was my cream, and I was his coffee - And when you poured us together, it was something.

I was a devil in other countries, and I was a little devil in America, too.

Is that what they call a vocation, what you do with joy as if you had fire in your heart, the devil in your body?

The things we truly love stay with us always, locked in our hearts as long as life remains. 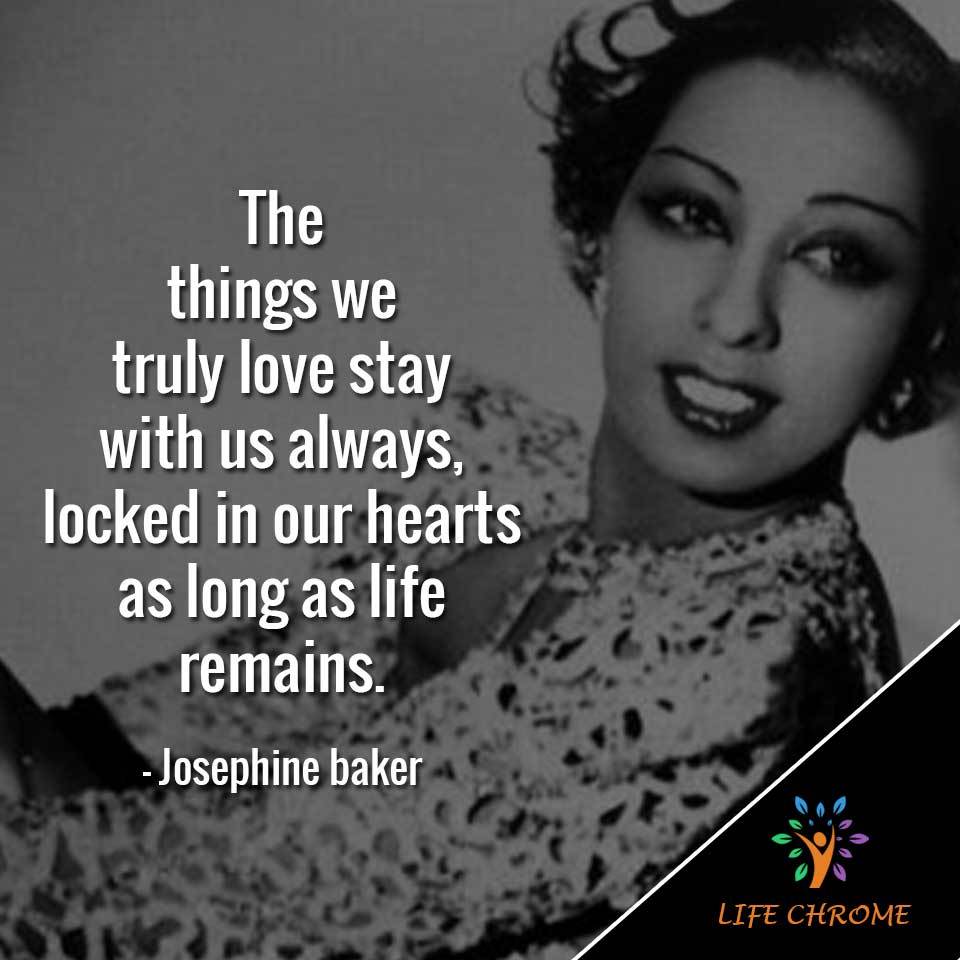 I have never really been a great artist. I have been a human being that has loved art, which is not the same thing. But I have loved and believed in art and the idea of universal brotherhood so much, that I have put everything I have into them, and I have been blessed.

The hate directed against the colored people here in St. Louis has always given me a sad feeling because when I was a little girl I remember the horror of the East St. Louis race riot.

Americans, the eyes of the world are upon you. How can you expect the world to believe in you and respect your preaching of democracy when you yourself treat your colored brothers as you do?

I wanted to get far away from those who believed in cruelty, so then I went to France, a land of true freedom, democracy, equality and fraternity.

All my life, I have maintained that the people of the world can learn to live together in peace if they are not brought up in prejudice.

God dislikes evil, and no happiness can be built on hate. Love one another as brothers. 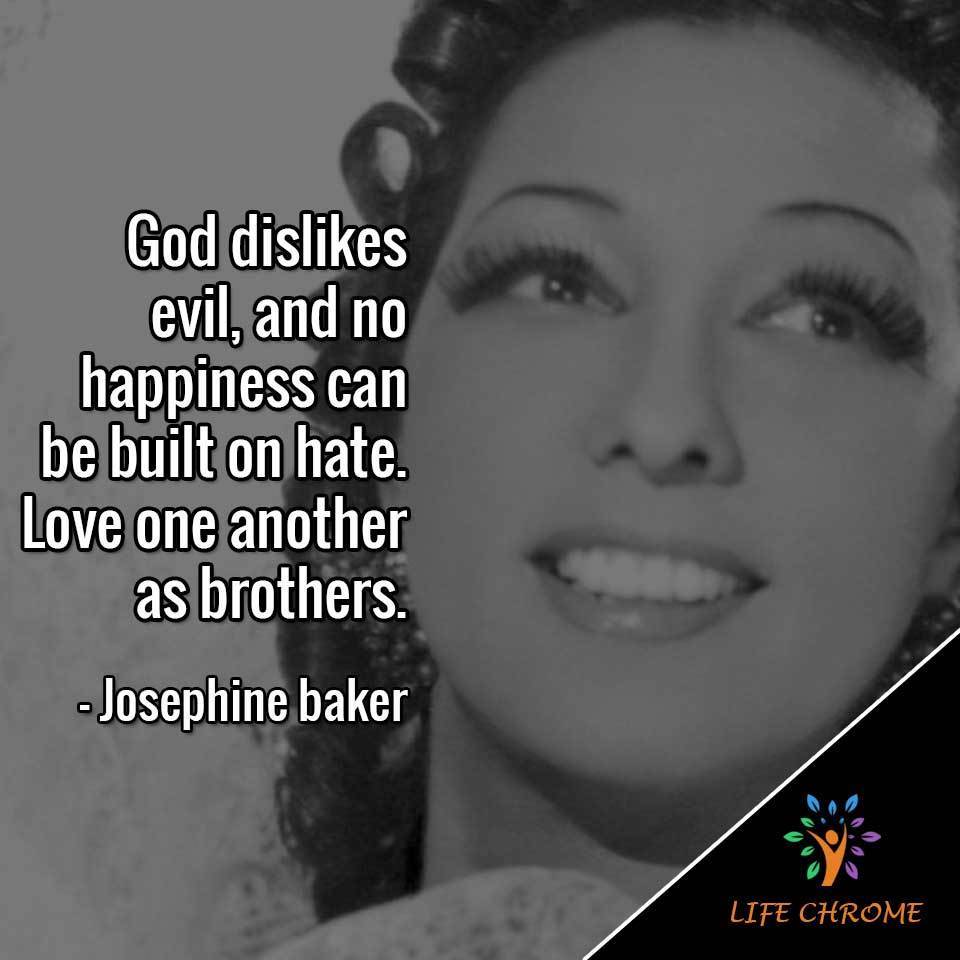 Friends, to me for years St. Louis represented a city of fear... humiliation... misery and terror... A city where in the eyes of the white man a Negro should know his place and had better stay in it.

Let us stop saying 'white Americans' and 'colored Americans,' let us try once and for all saying... Americans. Let human beings be equal on Earth as in Heaven.