You are searching for forgiveness quotes. Right? Everybody from common man to great human make mistakes. It's wise not to take it seriously.

Forgiveness is the quality of the greatest human in the history. If you can forgive people for their mistake, it will give us peace.

If forgiveness is missing from any relationship, it will not last longer. Let's try to be the best human being by forgiving people with our Forgiveness Quotes. You can learn more Quotes....

“I believe forgiveness is the best form of love in any relationship. It takes a strong person to say they're sorry and an even stronger person to forgive.” ― Yolanda Hadid

“Confront the dark parts of yourself, and work to banish them with illumination and forgiveness. Your willingness to wrestle with your demons will cause your angels to sing.” ―  August Wilson

“When you forgive, you in no way change the past - but you sure do change the future.” ― Bernard Meltzer

“He that cannot forgive others, breaks the bridge over which he himself must pass if he would ever reach heaven; for everyone has need to be forgiven.” ― George Herbert

“Forgiveness means letting go of the past.” ― Gerald Jampolsky

“Forgiveness is not always easy. At times, it feels more painful than the wound we suffered, to forgive the one that inflicted it. And yet, there is no peace without forgiveness.” ― Marianne Williamson

“Love is an act of endless forgiveness, a tender look which becomes a habit.” ― Peter Ustinov

“It is often easier to ask for forgiveness than to ask for permission.” ― Grace Hopper

“Mistakes are always forgivable, if one has the courage to admit them.” ― Bruce Lee

“Never forget the three powerful resources you always have available to you: love, prayer, and forgiveness.” ― H. Jackson Brown, Jr 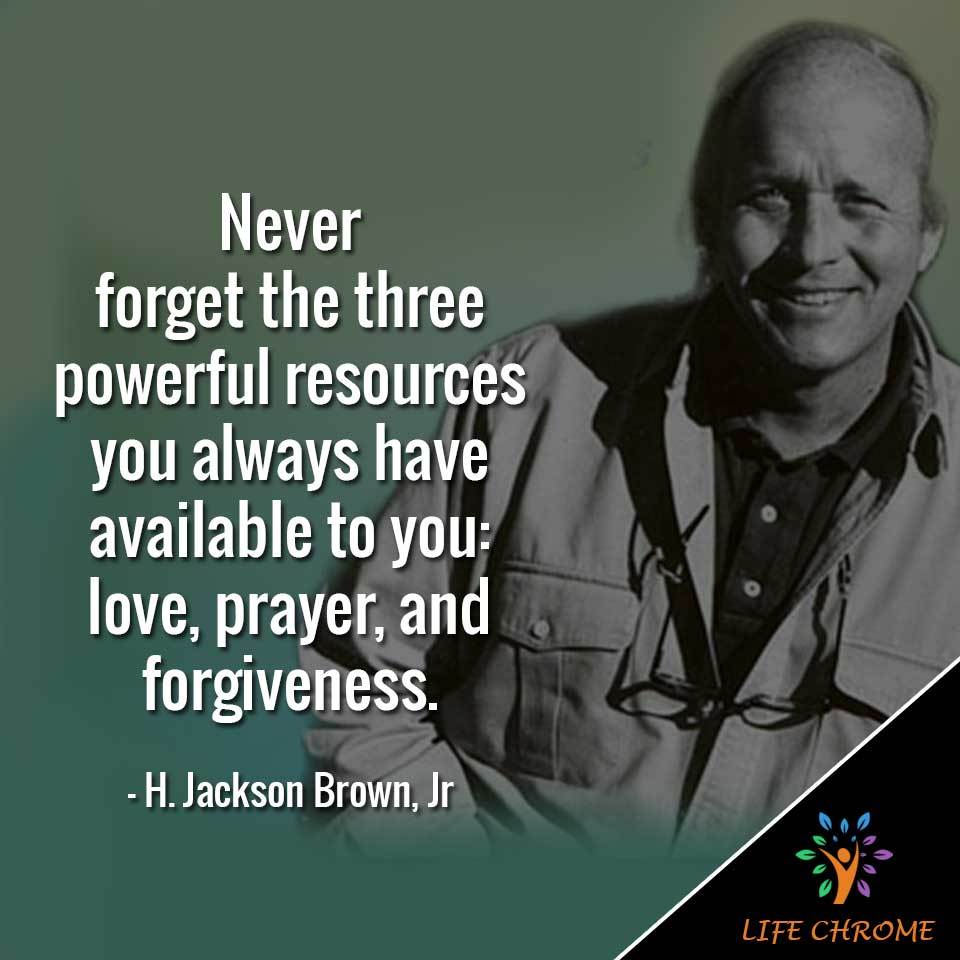 “The most important thing that I learned in growing up is that forgiveness is something that, when you do it, you free yourself to move on.” ― Tyler Perry

“It's not an easy journey, to get to a place where you forgive people. But it is such a powerful place, because it frees you.” ― Tyler Perry

“The stupid neither forgive nor forget; the naive forgive and forget; the wise forgive but do not forget.” ― Thomas Szasz

“Our lack of forgiveness makes us hate, and our lack of compassion makes us hard-hearted. Pride in our hearts makes us resentful and keeps our memory in a constant whirlwind of passion and self-pity.” ― Mother Angelica

“I can have peace of mind only when I forgive rather than judge.” ― Gerald Jampolsky

“Forgive me my nonsense, as I also forgive the nonsense of those that think they talk sense. ” ― Robert Frost

“Forgiveness is a funny thing. It warms the heart and cools the sting.” ― William Arthur Ward

“Forgive many things in others; nothing in yourself. ” ― Ausonius

“Forgiveness is for yourself because it frees you. It lets you out of that prison you put yourself in.” ― Louise L. Hay

“I believe in Jesus Christ as my Lord and savior. I believe that Jesus died for my sins, and rose again, and that's my belief. I still don't know what 'Christian' means. I'm a follower of Christ, but I keep making a whole bunch of mistakes. And I thank God for forgiveness.” ― Sherri Shepherd

“Inner peace can be reached only when we practice forgiveness. Forgiveness is letting go of the past, and is therefore the means for correcting our misperceptions.” ― Gerald Jampolsky

“Forgiveness isn't just the absence of anger. I think it's also the presence of self-love, when you actually begin to value yourself.” ― Tara Westover

“The heart of a mother is a deep abyss at the bottom of which you will always find forgiveness.” ― Honore de Balzac

“Always forgive your enemies – nothing annoys them so much.” ― Oscar Wilde

“God forgive you, but I never can.” ― Elizabeth I

“It's one of the greatest gifts you can give yourself, to forgive. Forgive everybody.” ― Maya Angelou

“If there are dreams about a beautiful South Africa, there are also roads that lead to their goal. Two of these roads could be named Goodness and Forgiveness.” ― Nelson Mandela

“The weak can never forgive. Forgiveness is the attribute of the strong.” ― Mahatma Gandhi 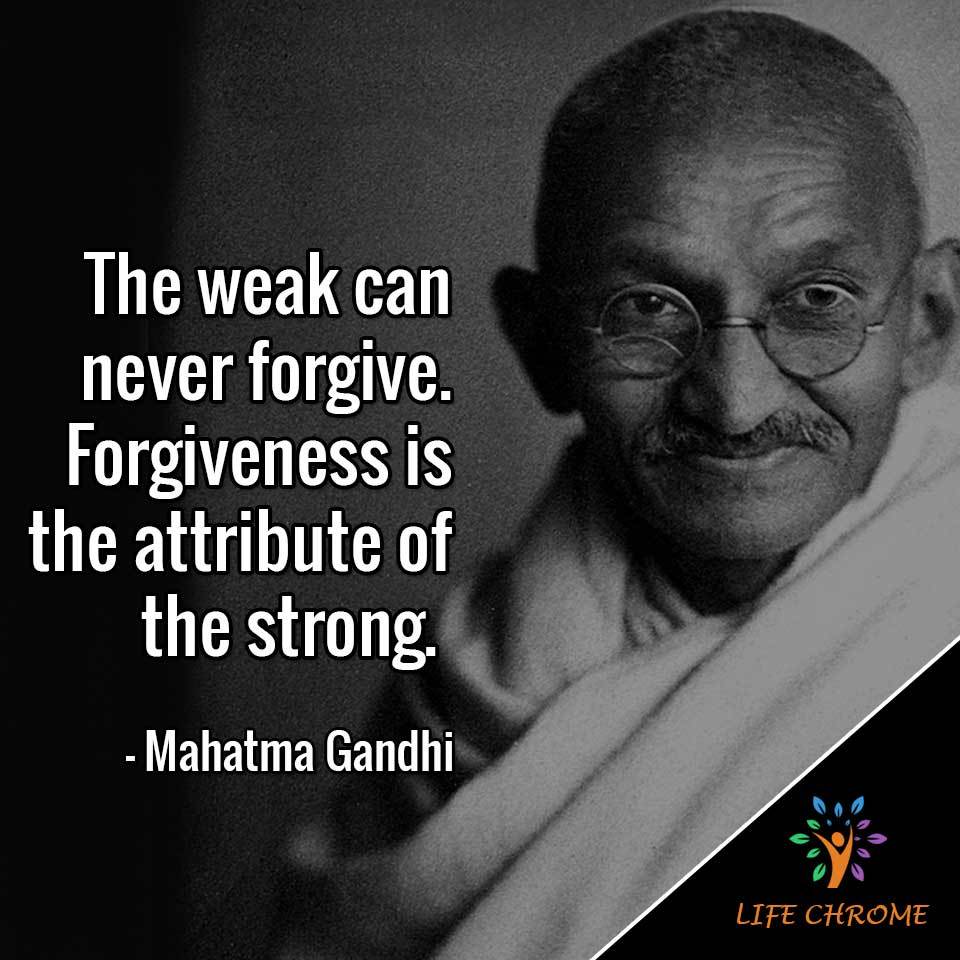 “There is no revenge so complete as forgiveness.” ― Josh Billings

“Forgive yourself for your faults and your mistakes and move on.” ― Les Brown

“Forgive all who have offended you, not for them, but for yourself.” ― Harriet Nelson

“I see the good in people, and I believe in forgiveness.” ― Karrueche Tran

“Love may forgive all infirmities and love still in spite of them: but Love cannot cease to will their removal.” ― C.S. Lewis

“All major religious traditions carry basically the same message, that is love, compassion and forgiveness the important thing is they should be part of our daily lives.” ― Dalai Lama

“If we can find forgiveness in our hearts for those who have caused us hurt and injury, we will rise to a higher level of self-esteem and well-being.” ― James E. Faust

“Forgiveness is the final form of love.” ― Reinhold Niebuhr

“Forgiveness for one's self is the only way we can keep going through life and give ourselves the best chance at being the best people we can be.” ― Yolanda Hadid

“Forgiveness says you are given another chance to make a new beginning.” ― Desmond Tutu 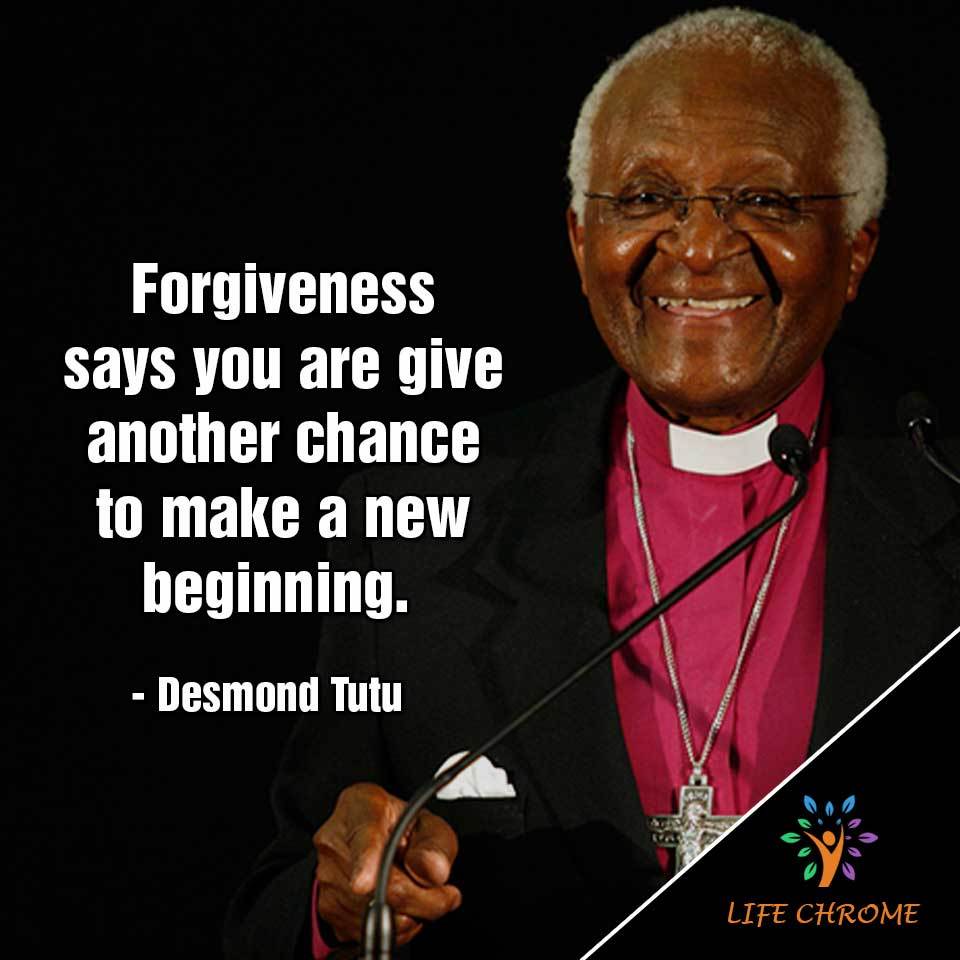 “Forgiving does not erase the bitter past. A healed memory is not a deleted memory. Instead, forgiving what we cannot forget creates a new way to remember. We change the memory of our past into a hope for our future.” ― Louis B. Smedes

“Life is life. You have to learn how to forgive people and how to gain forgiveness for yourself.” ― Benjamin Clementine

“I think that if God forgives us we must forgive ourselves. Otherwise, it is almost like setting up ourselves as a higher tribunal than Him.” ― C.S. Lewis

“Forgiveness provides hope, joy, and a bright future that nothing else can.” ― Paul J. Meyer

“Forgiveness means it finally becomes unimportant that you hit back.” ― Anne Lamott

“The Gospel offers forgiveness for the past, new life for the present, and hope for the future.” ― John Sentamu

“Children begin by loving their parents; after a time they judge them; rarely, if ever, do they forgive  them.” ― Oscar Wilde

“The lesson is that you can still make mistakes and be forgiven.” ― Robert Downey, Jr.

“You can't forgive without loving. And I don't mean sentimentality. I don't mean mush. I mean having enough courage to stand up and say, 'I forgive. I'm finished with it.” ― Maya Angelou

“You will know that forgiveness has begun when you recall those who hurt you and feel the power to wish them well.” ― Lewis B. Smedes

“Dumbledore says people find it far easier to forgive others for being wrong than being right.” ― J.K. Rowling

“I place an enormous premium on loyalty. If someone betrays me, I can forgive them rationally, but emotionally I have found it impossible to do so.” ― Richard E. Grant

“Forgiveness is the fragrance that the violet sheds on the heel that has crushed it.” ― Mark Twain 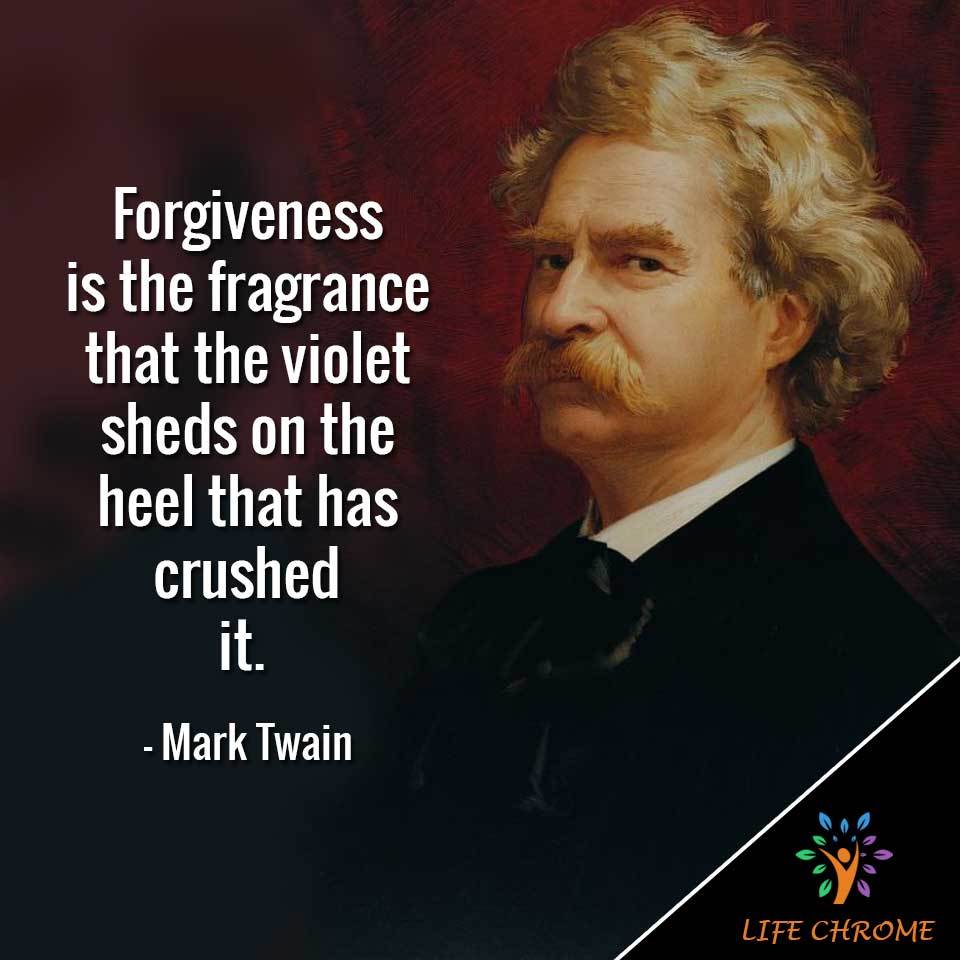 “It is important that we forgive ourselves for making mistakes. We need to learn from our errors and move on.” ― Steve Maraboli

“When a deep injury is done us, we never recover until we forgive.” ― Alan Paton

‘’Forgiveness is the remission of sins. For it is by this that what has been lost, and was found, is saved from being lost again.” ― Saint Augustine

“To forgive is to set a prisoner free and discover that the prisoner was you.” ― Louis B. Smedes

“Only the brave know how to forgive... a coward never forgave; it is not in his nature.” ― Laurence Sterne

“Forgive, O Lord, my little jokes on Thee, and I'll forgive Thy great big joke on me.” ― Robert Frost

“When I was a kid I used to pray every night for a new bicycle. Then I realised that the Lord doesn't work that way so I stole one and asked Him to forgive me.” ― Emo Philips

“When you are happy you can forgive a great deal.” ― Princess Diana

“Forgiveness is a way of opening up the doors again and moving forward, whether it's a personal life or a national life.” ― Hillary Clinton 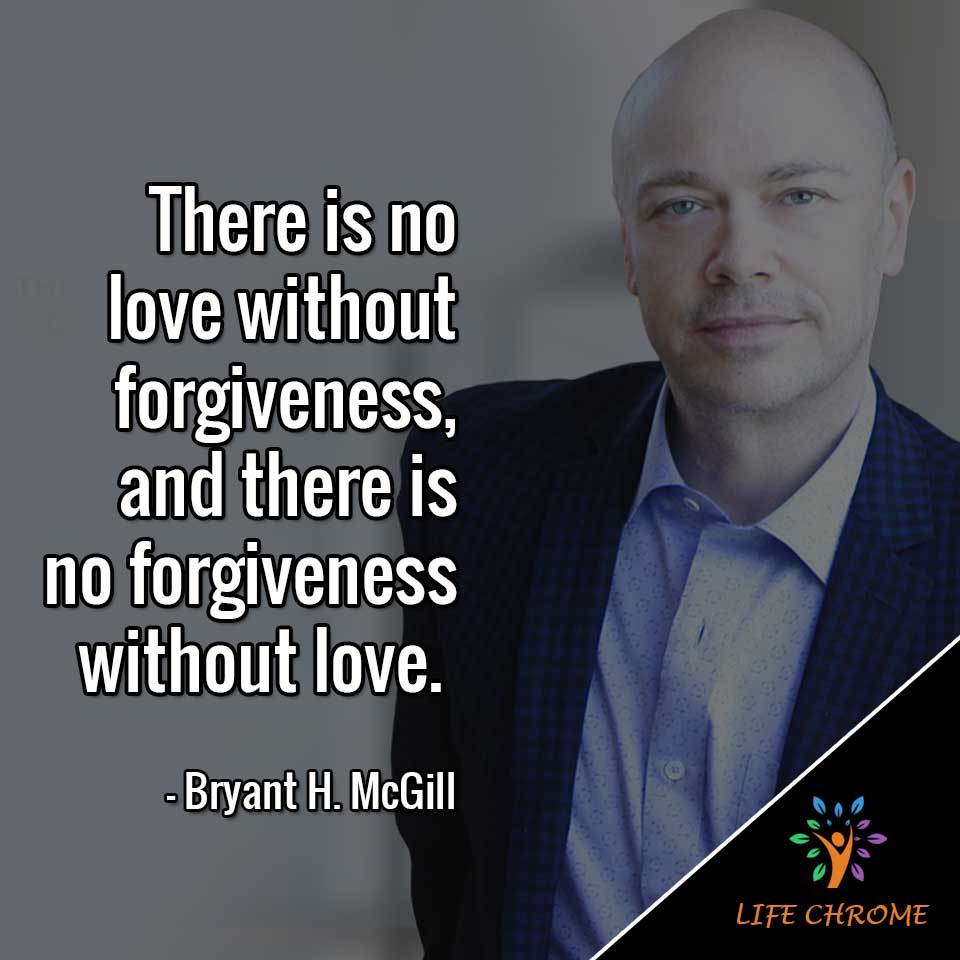 ““Selfishness must always be forgiven you know, because there is no hope of a cure.” ― Jane Austen

“Forgiveness is a gift you give yourself.” ― Suzanne Somers

“Forgiveness isn't about condoning what has happened to you or someone else's actions against you.” ― Jennifer O'Neill

“To err is human; to forgive, divine.” ― Alexander Pope

“I pray for forgiveness. For help and guidance. To be a better person. For the health of my family. For the world to be a better place.” ― Tyson Fury

“Choosing forgiveness opens the door of your heart and makes way for a miracle in your life.” ― Victoria Osteen

“Forgive, forget. Bear with the faults of others as you would have them bear with yours.” ― Phillips Brooks

“Thank you, God, for this good life and forgive us if we do not love it enough.” ― Garrison Keillor

“I invite everyone to chose forgiveness rather than division, teamwork over personal ambition.” ― Jean-Francois Cope

“Forgiveness is a virtue of the brave.” ― Indira Gandhi

“I really do believe that God is love, one of deep affection and grace and forgiveness and inspiration.” ― William P. Young

“The schools would fail through their silence, the Church through its forgiveness, and the home through the denial and silence of the parents. The new generation has to hear what the older generation refuses to tell it.” ― Simon Wiesenthal