Famous quotes are the collection of sayings from famous people or quotes that are very popular among people. These quotes inspire all of us to get motivated and do more by taking the right action.

In this post, we are going to provide some selected and motivation famous quotes from legends like Mark Twain, Dalai Lama, John Lennon, John F. Kennedy and more. Let's start -

“You know you’re in love when you can’t fall asleep because reality is finally better than your dreams.” - Dr. Suess

“Life is what happens when you’re busy making others plans.” - John Lennon

"Twenty years from now you will be more disappointed by the things that you didn’t do than by the ones you did do.” - Mark Twain

“The purpose of our lives is to be happy.” – Dalai Lama

“When I dare to be powerful – to use my strength in the service of my vision, then it becomes less and less important whether I am afraid.” - Audre Lorde

“A successful man is one who can lay a firm foundation with the bricks others have thrown at him.”-David Brinkley

“Those who dare to fail miserably can achieve greatly.” - John F. Kennedy

“I can’t give you a sure-fire formula for success, but I can give you a formula for failure: try to please everybody all the time.” - Herbert Bayard Swope

“Success is not final, failure is not fatal: it is the courage to continue that counts.”-Winston Churchill

“You only live once, but if you do it right, once is enough.” - Mae West

“Challenges are what make life interesting and overcoming them is what makes life meaningful.” -Joshua J. Marine

“It is hard to fail, but it is worse never to have tried to succeed.” - Theodore Roosevelt 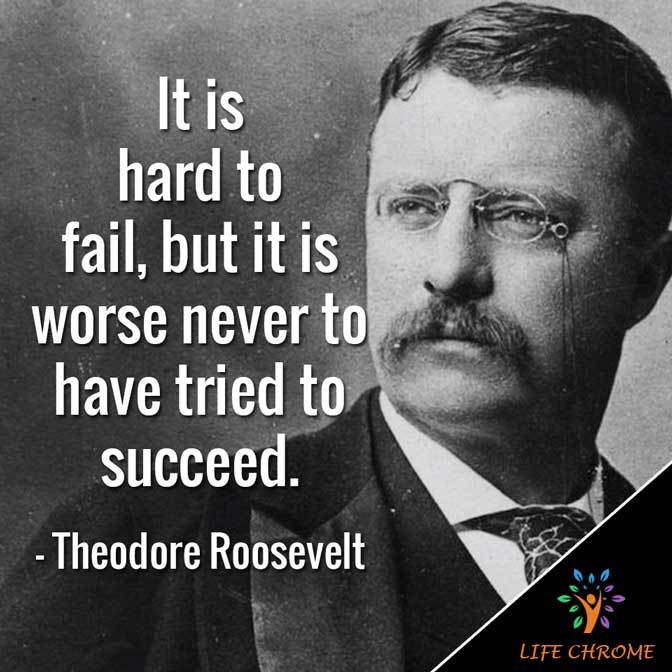 “Many of life’s failures are people who did not realize how close they were to success when they gave up.” - Thomas A. Edison

“If you want to live a happy life, tie it to a goal, not to people or things.” - Albert Einstein

“Every great dream begins with a dreamer. Always remember, you have within you the strength, the patience, and the passion to reach for the stars to change the world.” - Harriet Tubman

“Imagination is the beginning of creation. You imagine what you desire, you will what you imagine, and at last, you create what you will.” - George Bernard Shaw

“Life is not a problem to be solved, but a reality to be experienced.” - Søren Kierkegaard

“Life isn’t about finding yourself. Life is about creating yourself.” - George Bernard Shaw

“Yesterday is history, tomorrow is a mystery, today is a gift of God, which is why we call it the present.” - Bil Keane

“The big lesson in life, baby, is never be scared of anyone or anything.” - Frank Sinatra

“The successful warrior is the average man, with laser-like focus.” - Bruce Lee

“The power of imagination makes us infinite.” - John Muir

“A man is a success if he gets up in the morning and gets to bed at night, and in between he does what he wants to do.” - Bob Dylan

“Strive not to be a success, but rather to be of value.” - Albert Einstein

“I have no special talent. I am only passionately curious.  - Albert Einstein

“The greatest glory in living lies not in never falling, but in rising every time we fall." - Nelson Mandela

“A great man is always willing to be little.” - Ralph Waldo Emerson 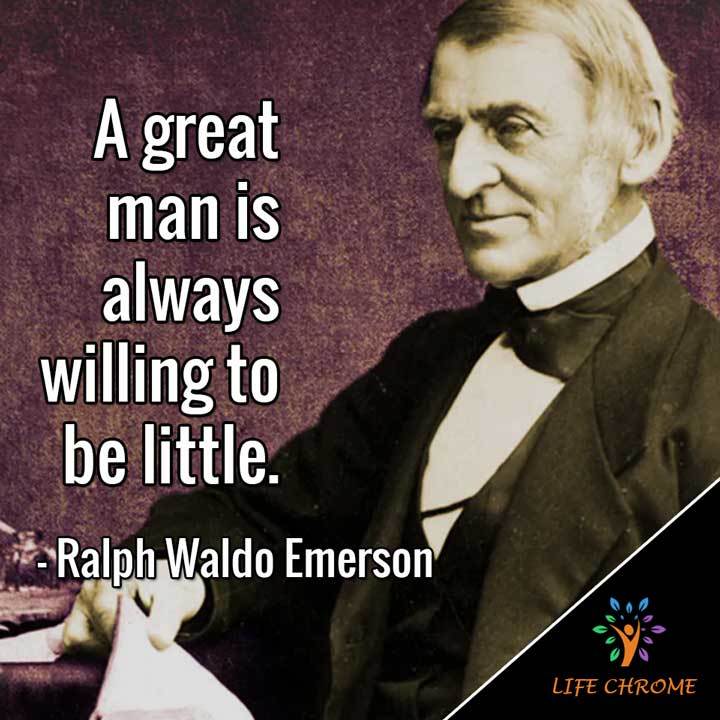 “The successful warrior is the average man, with laser-like focus.” - Bruce Lee

“If you judge people, you have no time to love them.” - Mother Teresa

“All that we are is the result of what we have thought.” - Buddha

“Imperfection is beauty, madness is genius and it’s better to be absolutely ridiculous than absolutely boring.” - Marilyn Monroe

“The path to success is to take massive, determined action.” - Tony Robbins

“Be kind whenever possible. It is always possible.” - Dalai Lama

“Life is a flower of which love is the honey.” - Victor Hugo

“God helps those that help themselves.” - Benjamin Franklin

"Life is what happens when you're busy making other plans." - John Lennon

"The best and most beautiful things in the world cannot be seen or even touched - they must be felt with the heart." - Helen Keller

"Don't judge each day by the harvest you reap but by the seeds that you plant." - Robert Louis Stevenson

"The future belongs to those who believe in the beauty of their dreams." - Eleanor Roosevelt

"In this life we cannot do great things. We can only do small things with great love." - Mother Teresa

"The way to get started is to quit talking and begin doing." - Walt Disney 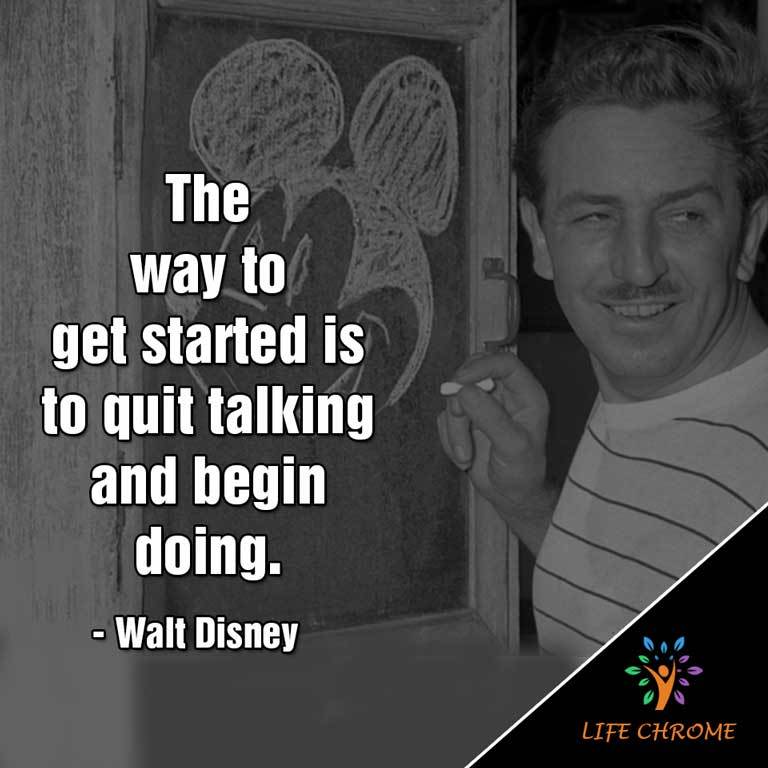 "If you set your goals ridiculously high and it's a failure, you will fail above everyone else's success." - James Cameron

"Life is really simple, but we insist on making it complicated." - Confucius

"May you live all the days of your life." - Jonathan Swift

"Life itself is the most wonderful fairy tale." - Hans Christian Andersen

"Do not let making a living prevent you from making a life." - John Wooden

"Spread love everywhere you go. Let no one ever come to you without leaving happier." - Mother Teresa

"Only a life lived for others is a life worthwhile." - Albert Einstein

"When you reach the end of your rope, tie a knot in it and hang on." - Franklin D. Roosevelt

"Always remember that you are absolutely unique. Just like everyone else." - Margaret Mead

"Tell me and I forget. Teach me and I remember. Involve me and I learn." - Benjamin Franklin

"It is during our darkest moments that we must focus to see the light." - Aristotle

"Whoever is happy will make others happy too." - Anne Frank

"Go confidently in the direction of your dreams! Live the life you've imagined." - Henry David Thoreau

"Do not go where the path may lead, go instead where there is no path and leave a trail." - Ralph Waldo Emerson

“Let us always meet each other with smile, for the smile is the beginning of love.” - Mother Theresa 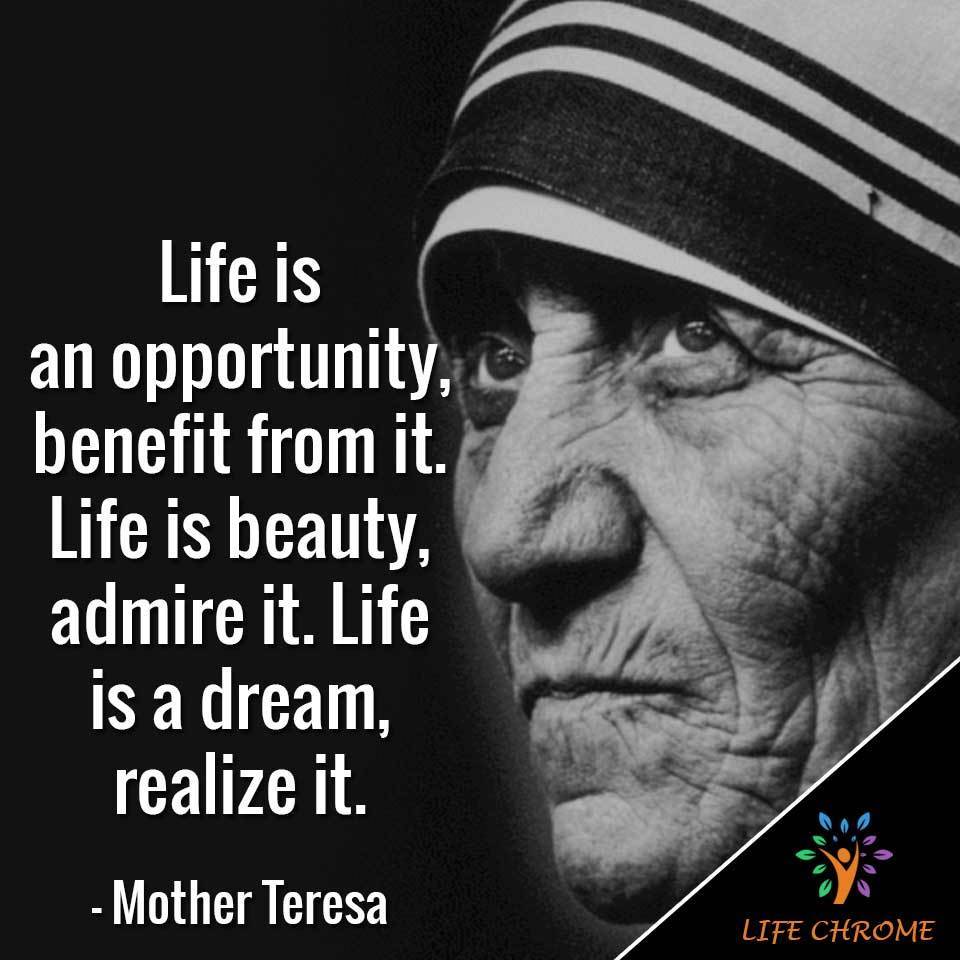 "Life is a long lesson in humility." - James M. Barrie

"Life is either a daring adventure or nothing at all." - Helen Keller

"You have brains in your head. You have feet in your shoes. You can steer yourself any direction you choose." - Dr. Seuss

"Life is made of ever so many partings welded together." - Charles Dickens

"In three words I can sum up everything I've learned about life: it goes on." - Robert Frost

"The secret of success is to do the common thing uncommonly well." - John D. Rockefeller Jr.

"In the long run, the sharpest weapon of all is a kind and gentle spirit." - Anne Frank

"I find that the harder I work, the more luck I seem to have." - Thomas Jefferson

"Never rest on your laurels. Nothing wilts faster than a laurel sat upon." - Mary Kay

"Unless you try to do something beyond what you have already mastered, you will never grow." - Ralph Waldo Emerson

“The person who reads too much and uses his brain too little will fall into lazy habits of thinking.” - Albert Einstein

"Keep smiling, because life is a beautiful thing and there's so much to smile about." - Marilyn Monroe 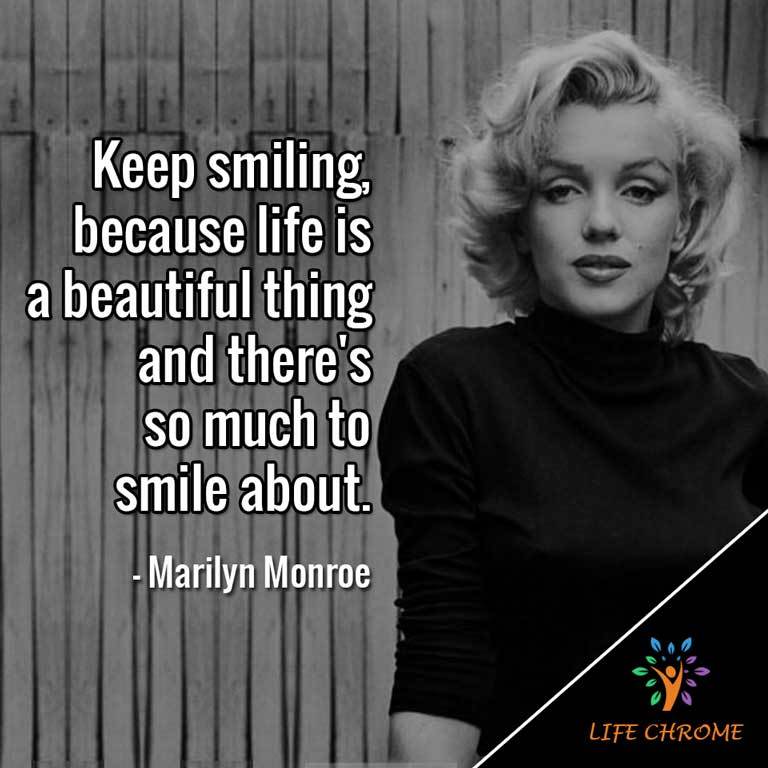 "We learn something every day, and lots of times it’s that what we learned the day before was wrong." - Bill Vaughan

"Believe those who are seeking the truth. Doubt those who find it." - André Gide

"It is enjoy it." - Cale Yarborough

"I have the mark of an educated mind to be able to entertain a thought without accepting it." - Aristotle

"Don’t ever wrestle with a pig. You’ll both get dirty, but the pig will made this letter longer than usual because I lack the time to make it shorter." - Blaise Pascal

"An inventor is simply a fellow who doesn’t take his education too seriously." - Charles F. Kettering

"Asking a working writer what he thinks about critics is like asking a lamppost how it feels about dogs." - Christopher Hampton

"Never be afraid to laugh at yourself, after all, you could be missing out on the joke of the century." - Dame Edna Everage

"I am patient with stupidity but not with those who are proud of it." - Edith Sitwell

"I’d rather live with a good question than a bad answer." - Aryeh Frimer

"The cure for boredom is curiosity. There is no cure for curiosity." - Ellen Parr

"Advice is what we ask for when we already know the answer but wish we didn’t." - Erica Jong

"Some people like my advice so much that they frame it upon the wall instead of using it." - Gordon R. Dickson

"The trouble with the rat race is that even if you win, you’re still a rat." - Lily Tomlin

"Never ascribe to malice, that which can be explained by incompetence." - Napoleon (Hanlon’s Razor)

“If you’re changing the world, you’re working on important things. You’re excited to get up in the morning.” - Larry Page

“Without an open-minded mind, you can never be a great success.” - Martha Stewart

"When a person can no longer laugh at himself, it is time for others to laugh at him." - Thomas Szasz

“If you just work on stuff that you like and you’re passionate about, you don’t have to have a master plan with how things will play out.” - Mark Zuckerberg

“If you’re hurt, lick your wounds and get up again. If you’ve given it your absolute best, it’s time to move forward.” - Richard Branson

“The best ideas come as jokes. Make your thinking as funny as possible.” - David Ogilvy

“If you do things well, do them better. Be daring, be first, be different, be just.” - Anita Roddick

“Winning isn’t everything, it’s the only thing.” - Vince Lombardi