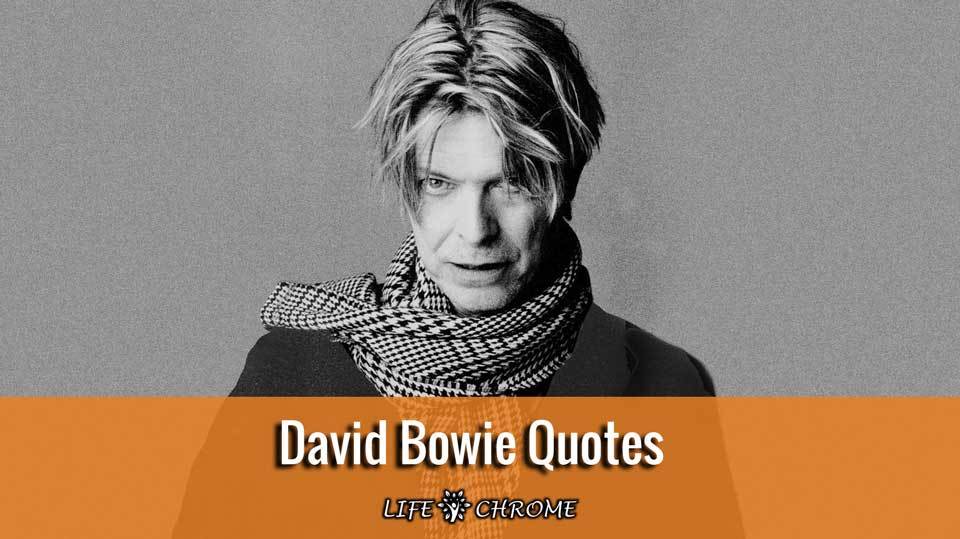 I had to resign myself, many years ago, that I’m not too articulate when it comes to explaining how I feel about things. But my music does it for me, it really does.

On the other hand, what I like my music to do to me is awaken the ghosts inside of me. Not the demons, you understand, but the ghosts.

The music itself is going to become like running water or electricity. So it’s like, just take advantage of these last few years because none of this is ever going to happen again. You’d better be prepared for doing a lot of touring because that’s really the only unique situation that’s going to be left.

I felt I really wanted to back off from music completely and just work within the visual arts in some way. I started painting quite passionately at that time.

I went through all the musicians in my life who I admire as bright, intelligent, virtuosic players.

The absolute transformation of everything that we ever thought about music will take place within 10 years, and nothing is going to be able to stop it. I see absolutely no point in pretending that it’s not going to happen. I’m fully confident that copyright, for instance, will no longer exist in 10 years.

The Internet carries the flag of being subversive and possibly rebellious and chaotic, nihilistic.

There’s an effort to reclaim the unmentionable, the unsayable, the unspeakable, all those things come into being a composer, into writing music, into searching for notes and pieces of musical information that don’t exist.

Searching for music is like searching for God. They’re very similar. There’s an effort to reclaim the unmentionable, the unsayable, the unseeable, the unspeakable, all those things, comes into being a composer and to writing music and to search for notes and pieces of musical information that don’t exist.

Once you lose that sense of wonder at being alive, you’re pretty much on the way out. -David Bowie 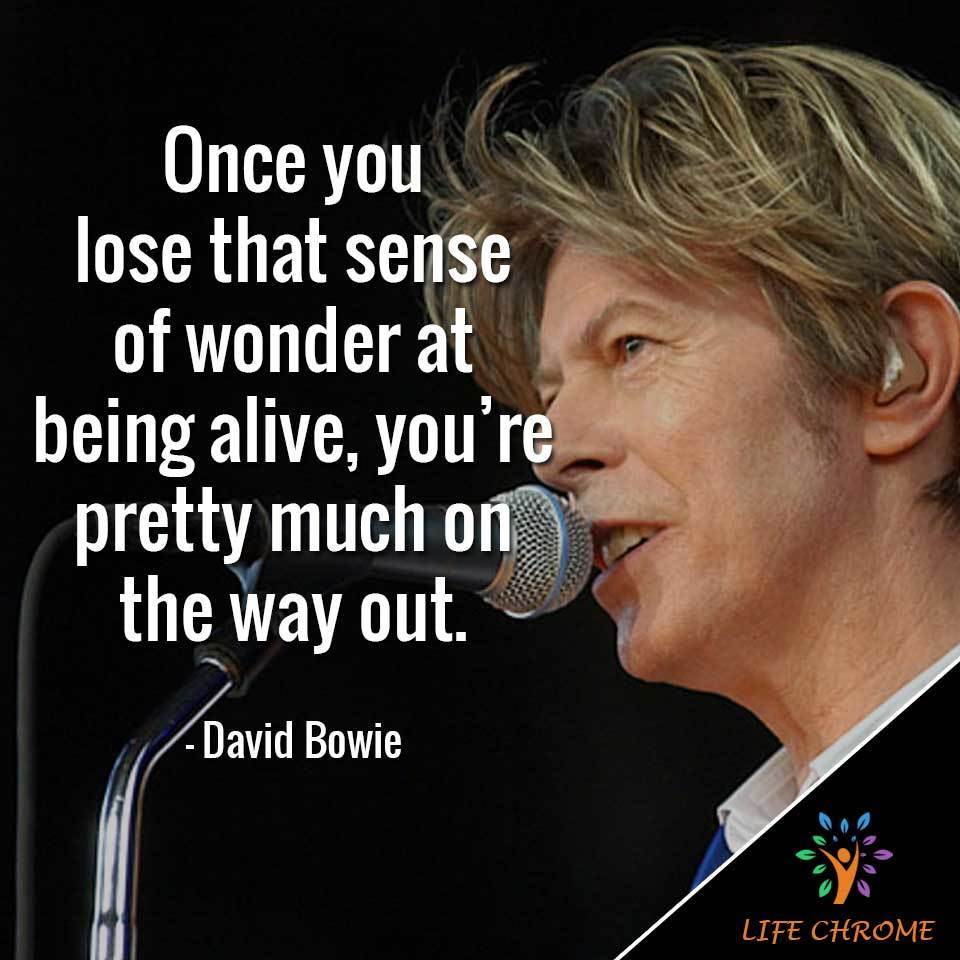 I wish myself to be a prop, if anything, for my songs. I want to be the vehicle for my songs. I would like to color the material with as much visual expression as is necessary for that song.

There, in the chords and melodies, is everything I want to say. The words just jolly it along. It’s always been my way of expressing what, for me, is inexpressible by any other means.

A song has to take on character, shape, body and influence people to an extent that they use it for their own devices. It must affect them not just as a song, but as a lifestyle.

I thought that I wrote songs and wrote music, and that was sort of what I thought I was best at doing. And because nobody else was ever doing my songs, I felt – you know, I had to go out and do them.

I wanted to prove the sustaining power of music.

To not be modest about it, you’ll find that with only a couple of exceptions, most of the musicians that I’ve worked with have done their best work by far with me.

​If you feel safe in the area you’re working in, you’re not working in the right area. Always go a little further into the water than you feel you’re capable of being in. Go a little bit out of your depth. And when you don’t feel that your feet are quite touching the bottom, you’re just about in the right place to do something exciting.

Now I realize that from '72 through to about '76, I was the ultimate rock star. I couldn't have been more rock star.

When I’m stuck for closing to a lyric, I will drag out my last resort: overwhelming illogic.

It amazes me sometimes that even intelligent people will analyze a situation or make a judgement after only recognizing the standard or traditional structure of a piece.

Dance music is no longer a simple Donna Summer beat. It’s become a whole language that I find fascinating and exciting. Eventually, it will lose the dance tag and join the fore of rock.

Don’t you love the Oxford Dictionary? When I first read it, I thought it was a really really long poem about everything.

I don’t profess to have music as my big wheel and there are a number of other things as important to me apart from music. Theatre and mime, for instance.

I’ve started doing book reviews for Barnes & Noble! They saw that I did a lot of book reviews on the site, and they figured that it might not be a bad thing if they got me to do some for them as well. I gave them five categories I’d be interested in reviewing, from art to fiction to music. 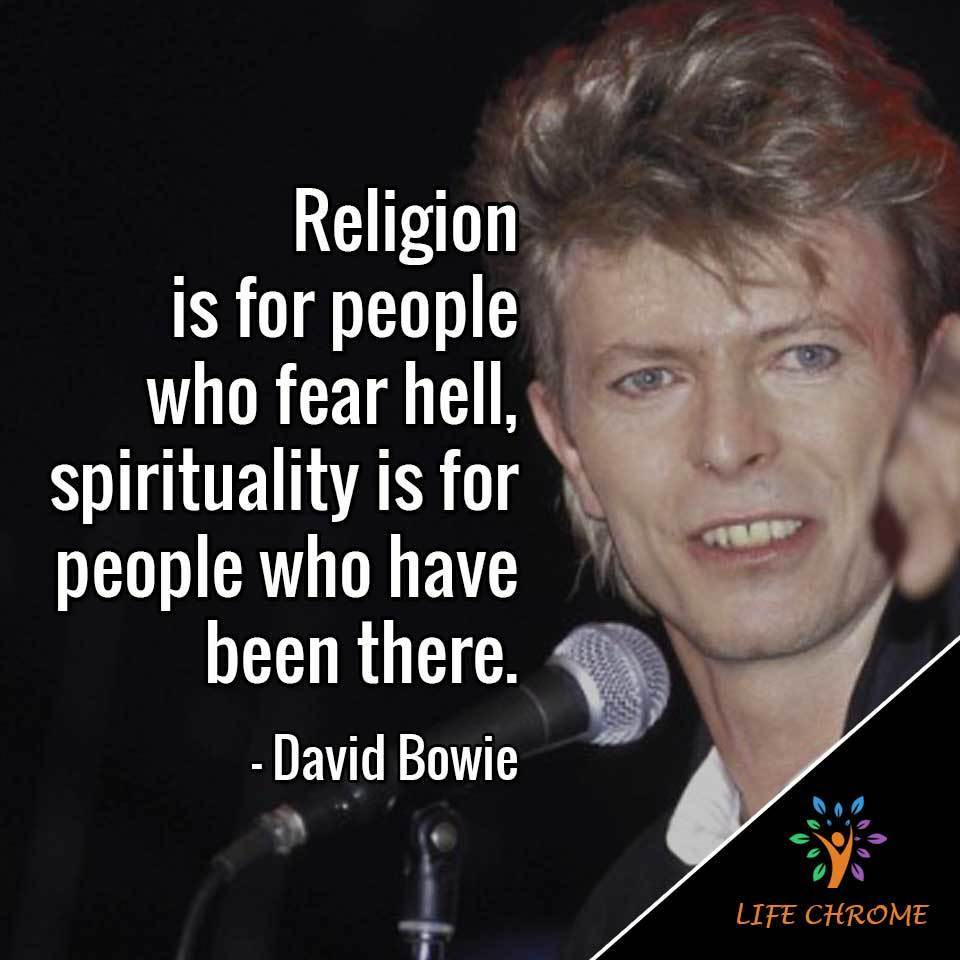 If I never wake again, I certainly will have lived while I was alive.

I don’t like to read things that people write about me. I’d rather read what kids have to say about me because it’s not their profession to do that.

Fame itself… doesn’t really afford you anything more than a good seat in a restaurant.

I'm in awe of the universe, but I don't necessarily believe there's an intelligence or agent behind it. I do have a passion for the visual in religious rituals, though, even though they may be completely empty and bereft of substance. The incense is powerful and provocative, whether Buddhist or Catholic.

Fame can take interesting men and thrust mediocrity upon them.

You would think that a rock star being married to a supermodel would be one of the greatest things in the world. It is.

I never really felt like a rock singer or a rock star or whatever.

Funk, I don't think I have anything to do with funk. I've never considered myself funky.

I’m just an individual who doesn’t feel that I need to have somebody qualify my work in any particular way. I’m working for me.

I believe that I often bring out the best in somebody’s talents. 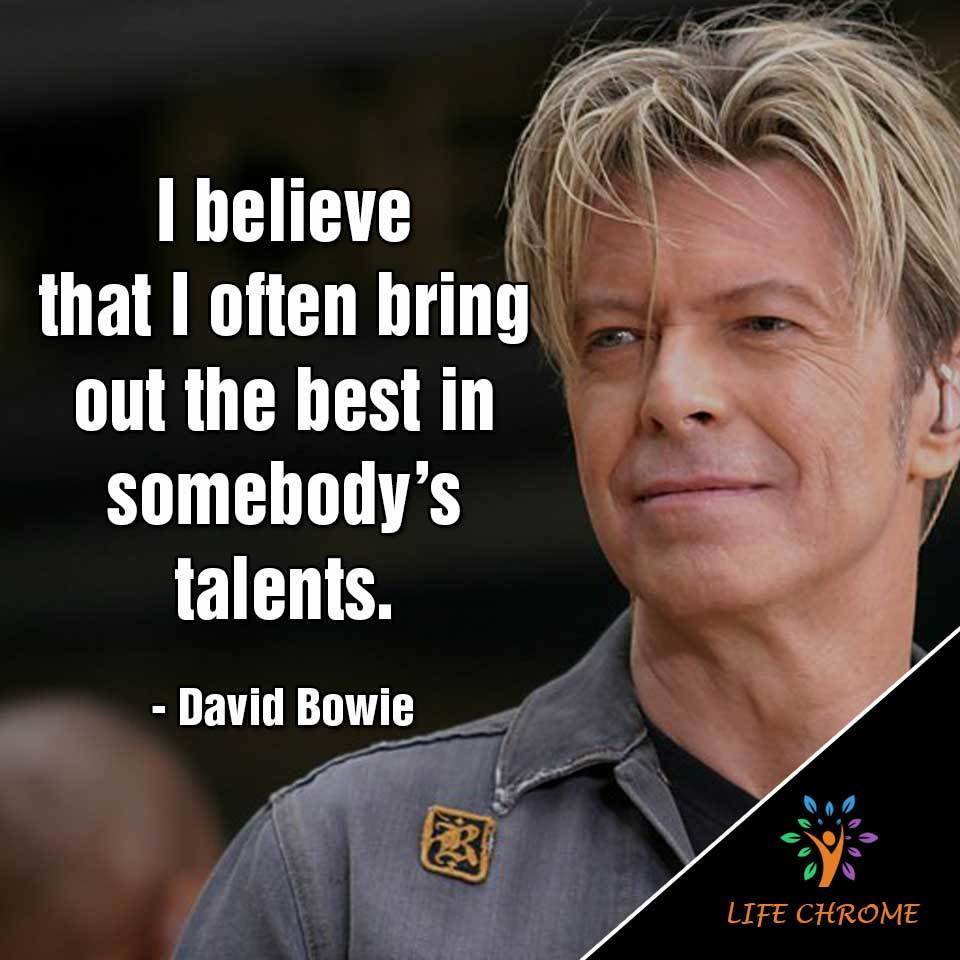 All art really does is keep you focused on questions of humanity, and it really is about how do we get on with our maker.

Even though I was very shy, I found I could get onstage if I had a new identity.

I don't see any boundaries between any of the art forms. I think they all inter-relate completely.

An armchair Jungian would say the whole thing is about my own ongoing spiritual search. My interior life has always been one of trying to find a spiritual link, maybe because I’m from a family of separate religious philosophies: Protestant and Catholic.

Questioning my spiritual life has always been germane to what I was writing. Always. It’s because I’m not quite an atheist and it worries me. There’s that little bit that holds on: Well, I’m almost an atheist. Give me a couple of months.

Everything I read about hitting a midlife crisis was true. I had such a struggle letting go of youthful things and learning how to exist and have enthusiasm while settling into the comfort of an older age.

The truth is, of course, is that there is no journey. We are arriving and departing all at the same time.

I’m not a prophet or a stone aged man, just a mortal with potential of a superman. I’m living on.

I don’t have a problem with aging – in fact, I embrace that aspect of it. And am able to and obviously am going to be able to quite easily… it doesn’t faze me at all.

I do some kind of work, whether writing or painting or recording, on a daily basis. And it’s so essential that when I’m involved in the actual process, my so-called ‘real life’ becomes almost incidental, which becomes worrying.

And these children that you spit on as they try to change their worlds are immune to your consultations. They're quite aware of what they're going through.

Tomorrow belongs to those who can hear it coming.

Age doesn’t bother me. So many of my heroes were older guys. It’s the lack of years left that weighs far heavier on me than the age that I am.

I always had a repulsive need to be something more than human. 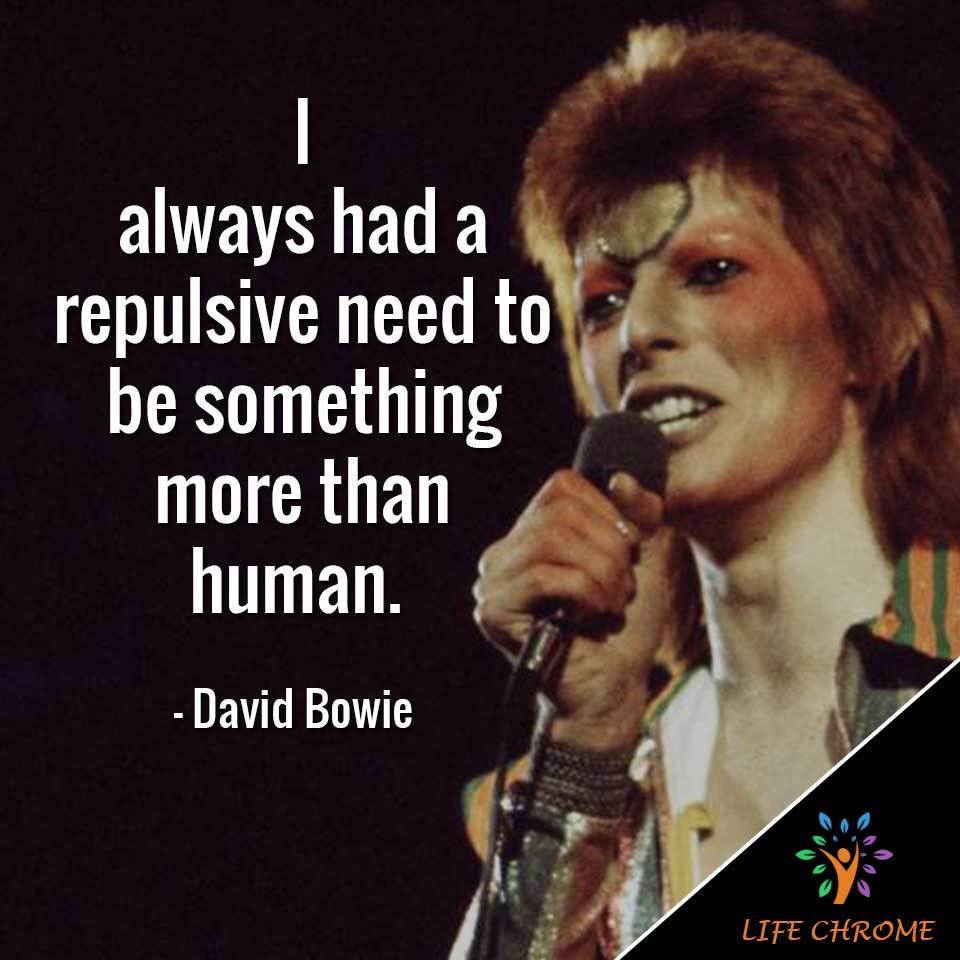 I suspect that dreams are an integral part of existence, with far more use for us than we've made of them...The fine line between the dream state and reality is at times, for me, quite grey.

As you get older, the questions come down to about two or three. How long? And what do I do with the time I’ve got left?

Confront a corpse at least once. The absolute absence of life is the most disturbing and challenging confrontation you will ever have.

For me, the world that I inhabit in reality is probably a very different world than the one people expect that I would be in.

But I’ve got to think of myself as the luckiest guy. Robert Johnson only had one album’s worth of work as his legacy. That’s all that life allowed him.

Once I’ve written something it does tend to run away from me. I don’t seem to have any part of it – it’s no longer my piece of writing.

GYBE are among my, erm, two favorite Montreal bands, Arcade Fire being the other.

Gentleness clears the soul, love cleans the mind and makes it free.

Frankly, I mean, sometimes the interpretations I’ve seen on some of the songs that I’ve written are a lot more interesting than the input that I put in.

Everything we look at and choose is some way of expressing how we want to be perceived. 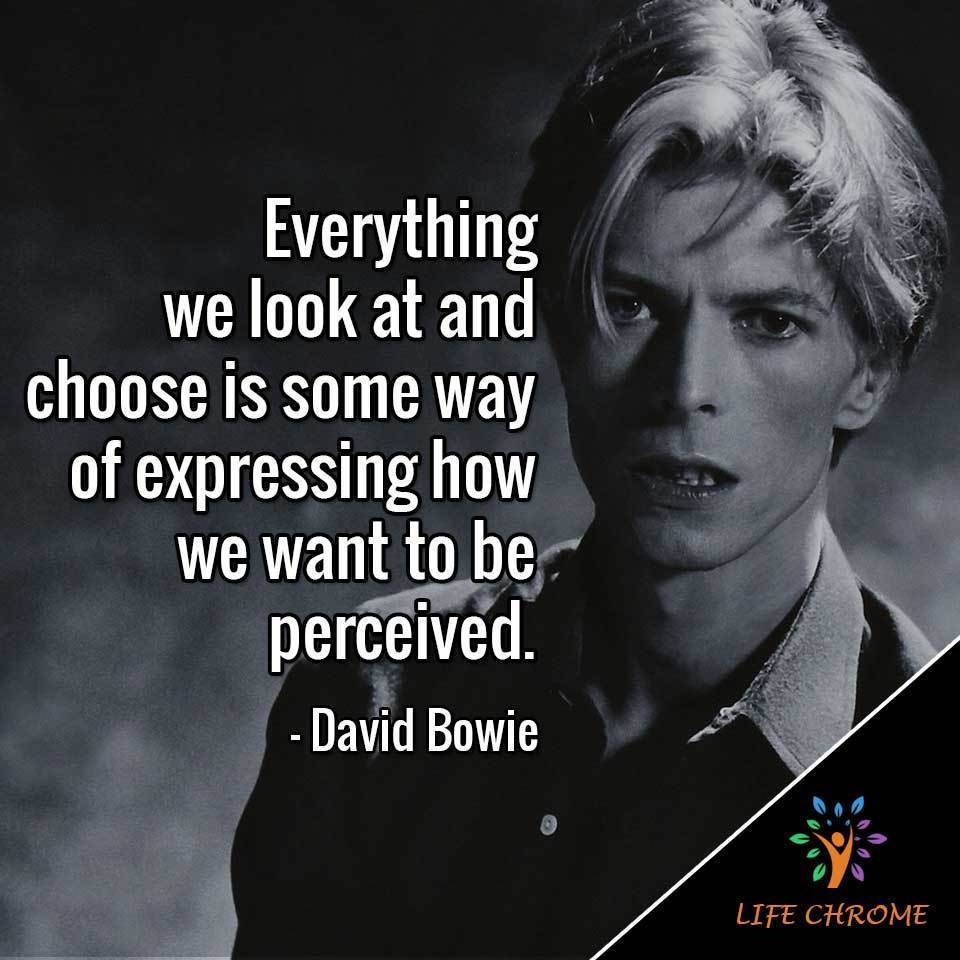 People have attention spans of five seconds and as much depth as a glass of water.

I realized the other day that I’ve lived in New York longer than I’ve lived anywhere else. It’s amazing: I am a New Yorker. It’s strange; I never thought I would be.

Strangely, some songs you really don’t want to write.

These are all personal crises, I’m sure, that I manifest in a song format and project into physical situations. You make little stories up about how you feel. It’s as simple as that.

Heathenism is a state of mind. You can take it that I’m referring to one who does not see his world. He has no mental light. He destroys almost unwittingly. He cannot feel any Gods presence in his life. He is the 21st-century man.

The skin of my character in ‘The Man Who Fell to Earth’ was some concoction, a spermatozoon of an alien nature that was obscene and weird-looking.

I’m rather kind of old school, thinking that when an artist does his work, it’s no longer his… I just see what people make of it.

I was very into making the Big Artistic Statement – it had to be innovative; it had to be cutting edge. I was desperately keen on being original.

Nobody reads anymore, nobody goes out and looks and explores the society and culture they were brought up in.

I don’t know where I’m going from here, but I promise it won’t be boring.

When I heard Little Richard, I mean, it just set my world on fire.

The Americans at heart are a pure and noble people; things to them are in black and white. It’s either ‘rawk’ or it’s not. We Brits putter around in the grey area.

More Amazing Quotes You Can Check Out

Don't forget to check all quotes from here.