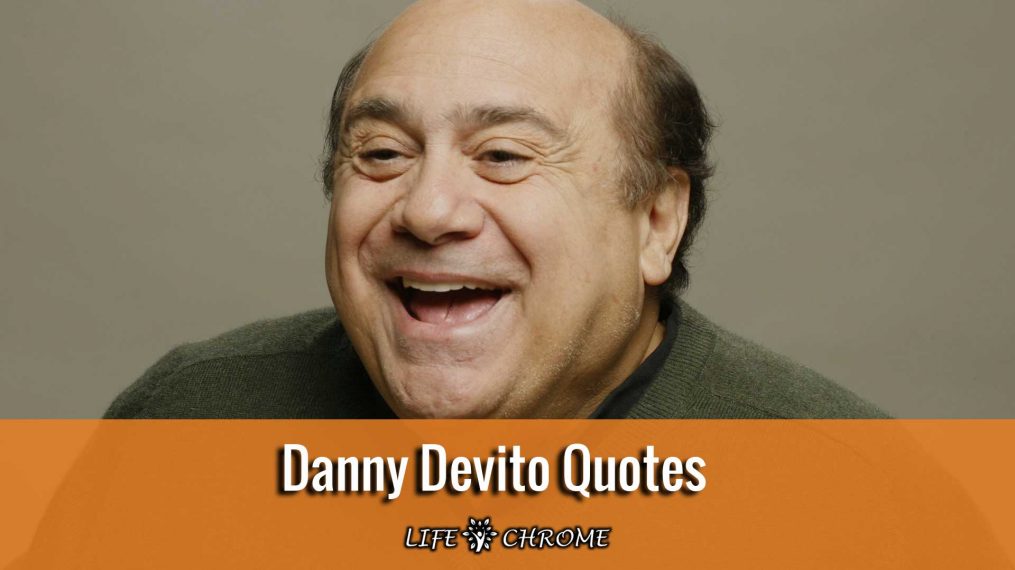 I've been to the Leaning Tower of Pisa. It's a tower, and it's leaning. You look at it, but nothing happens, so then you look for someplace to get a sandwich.

Fill me up with cream. Turn me into cannoli.

When we get out of this, I'm gonna shove my fist right into your ass, hard and fast Not in the sexual way! In the 'I am pissed off' sort of way.

I didn't do it because of the underlying greed that's prevailing, but it is about greed, doing the right thing at the right time using your clout when you have it and what for and what reason.

We don't even know if we're in this room. We could be in a turtle's dream in outer space. 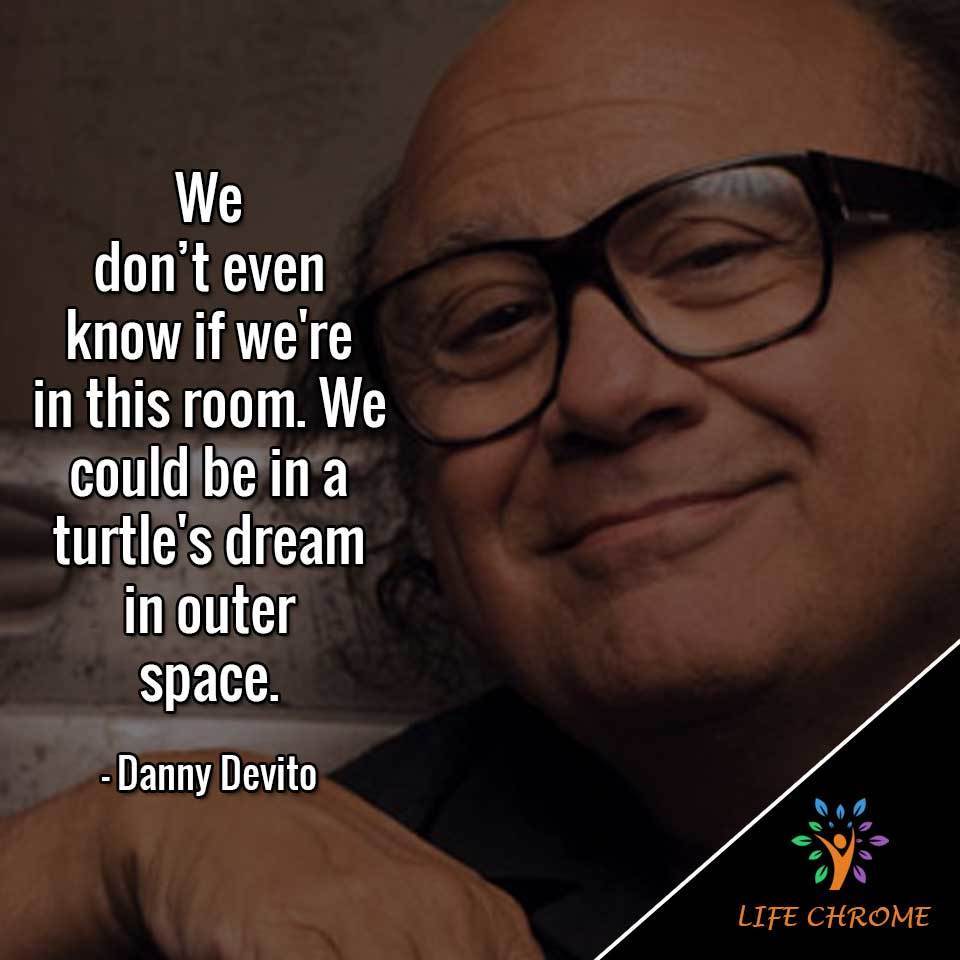 I like a good banana peel, I like all of that. I was raised on the Marx Brothers and the Three Stooges, which is a little cruel. It's kind of like, in a way, dark.

The whole point of love is to put someone else’s needs above your own.

Christmas is a good excuse to eat everything.

So the Wendy's manager was like 'You gotta clean dat up!' and I was like they're your hamburgers you clean them up. Artemis was all bummed out about something I did to myself with the onions and now she won't talk to me.

I’m remarkably proud of the ideas and everything we’ve had to say. The jokes are always on the characters themselves, but I do get upset about little things like camera angles when I watch the old episodes.

A tree falls the way it leans. Be careful the way you lean.

The choices we make, dictate the lives we lead.

People would say to me, 'Why don't you do Broadway?' and my big joke was, nah, the dressing rooms are too small.

I'll tell you one thing, it's a cruel, cruel world.

I stole a bunch of guns! I'm testing them out, Charles! This revolution is gonna make us a fortune!

I don’t look ahead. I’m right here with you. It’s a good way to be. 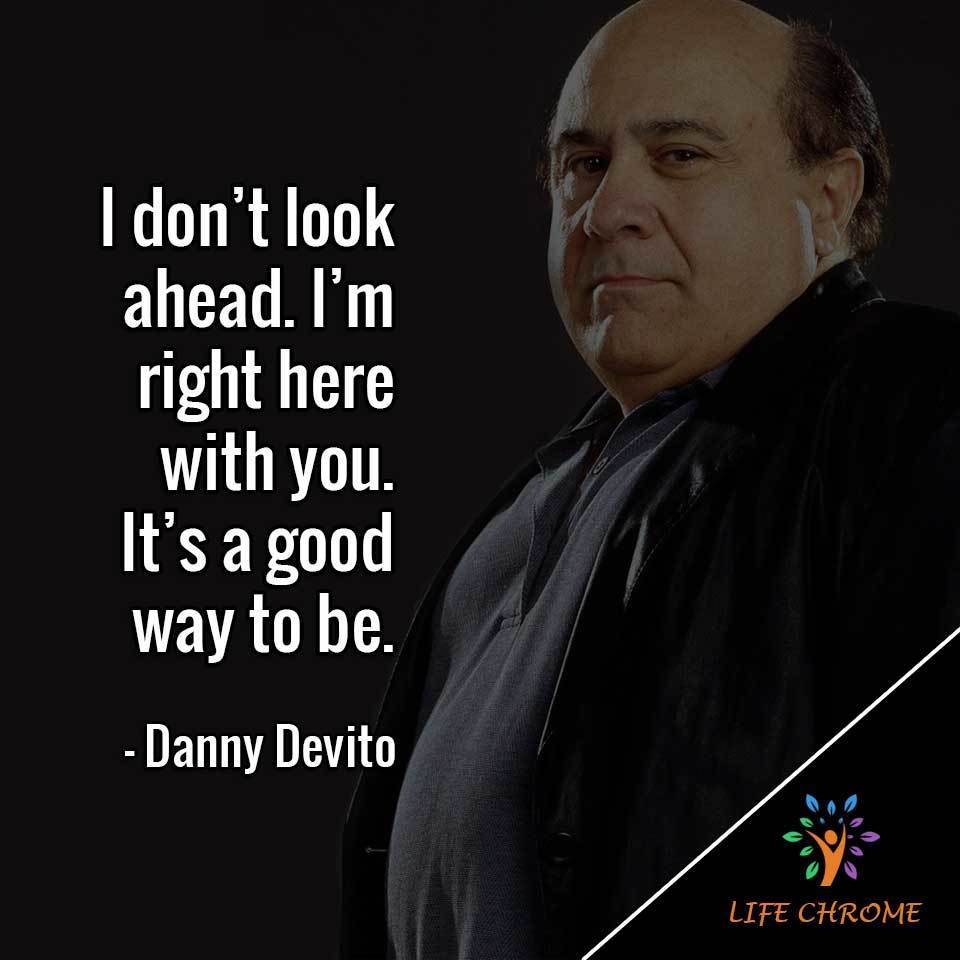 Everybody needs money. That's why they call it money.

Jersey is always with me. I was one of the lucky ones. Asbury Park is just the greatest place in the world to spend your childhood.

A bad salesman will automatically drop his price. Bad salesmen make me sick.

America's racist, so what do you expect.

I climbed like a billion stairs... its not like I can take them two at a time. 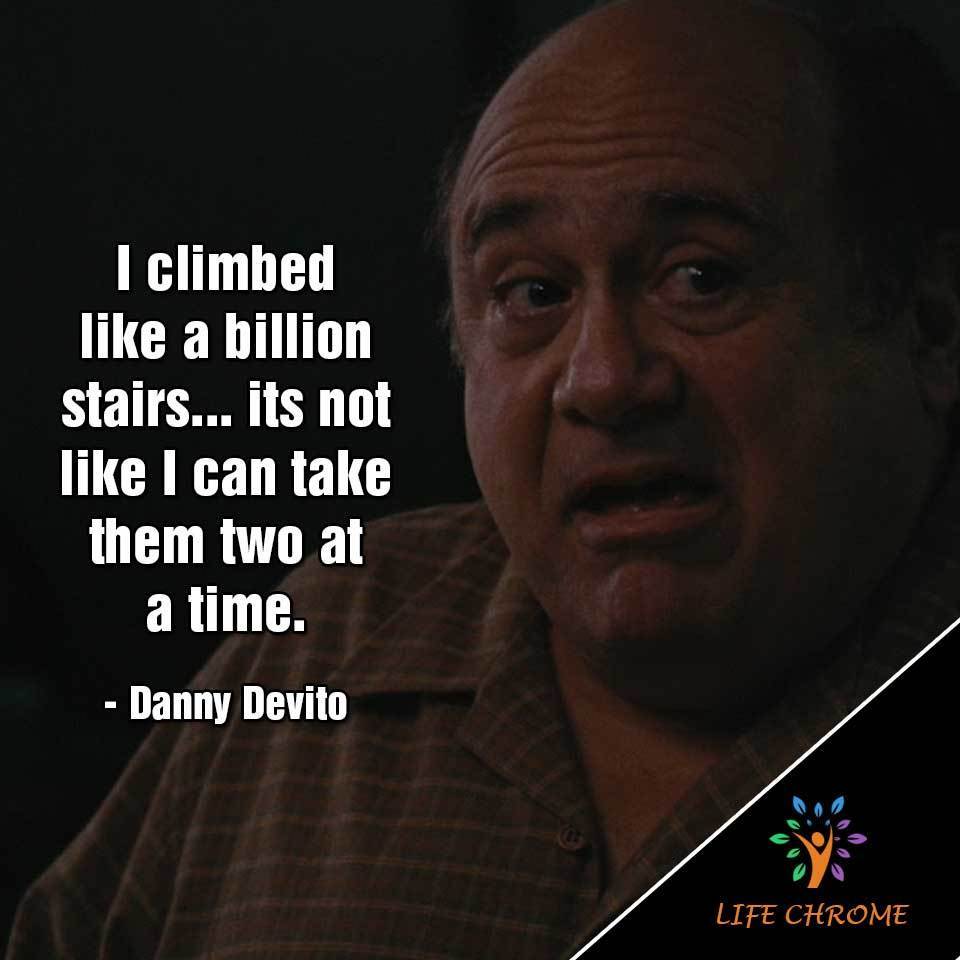 Oh whoops, ooh! I dropped my monster condom that I use for my magnum dong!

I think Taxi is one of the seminal, great shows that was ever made on television. I mean the story and those characters, that's what makes a great show—it's the characters. And I always fell in love with the characters.

Most men somewhere in their psyche are still dragging women around by their hair. It's terrible. I have two daughters, but even before my kids were born I always thought that it was terrible.

I think of all the characters that I've ever played, they're always about five feet tall.

In order for the light of gratitude and happiness to shine so brightly, the darkness of how it could be worse must be present.

What do you call 500 lawyers lying on the bottom of the Ocean? A good start.

If you're going to have kids, there's only one way to go. They have to know they're the most important things in your life, and once you're doing that, there's no way that you could not learn from them, because they just give you stuff constantly.

Of course I've got lawyers. They are like nuclear weapons, I've got em 'cause everyone else has. But as soon as you use them they screw everything up.

A lot of it revolves around food with me because a lot of my life does in a way.

I'm shooting in Brooklyn, we've got all kinds of crap going on, and I'm all alone now in a big hotel suite that you can't believe the size of it and a thing sticks in my foot and I just think it's the funniest thing that's ever happened to me.

I love women. I mean, I'm married, but I used to get in all kinds of trouble.

I'm always studying and I've been doing it for a long time now.

I love going to all kinds of movies, I screen DVDs in my house, but I go to the theatre a lot in the afternoon. I don't get bugged because there aren't many people around.

We did 'Erin Brockovich', we did 'Man on the Moon', we did 'Living Out Loud', but now I'm going to keep going.

So, you pick this stuff here and this stuff there and then you see things in certain ways and you start visualizing and thank God I get the chance to do this. It's really the greatest thing in the whole wide world.

I lay on the ground, but then I can't reach - I don't want to take my foot out of the tub - but I've got to call somebody because I've got to get a band-aid or something to stop the bleeding.

I have been very fortunate in my life. I have had a lot of happiness. I have a great family and I work a lot, and that's what I like to do. 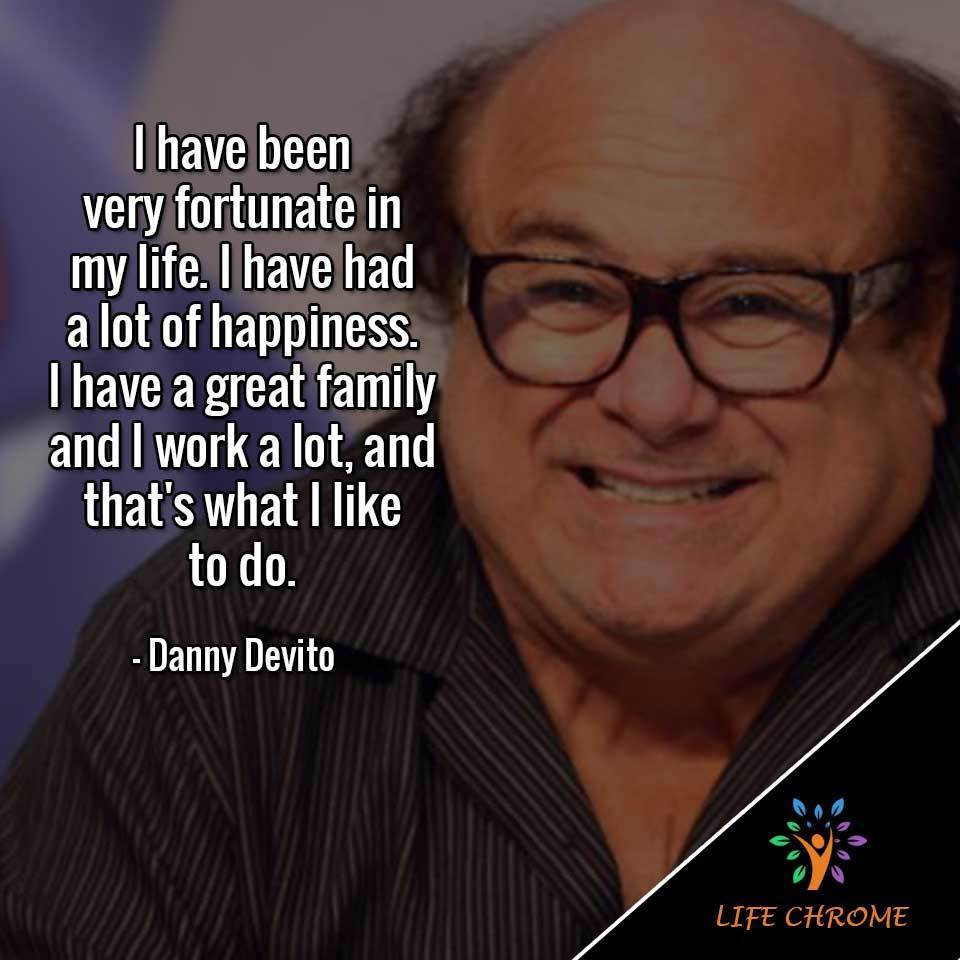 It's just an ice bucket with a bottle in it. The two flute glasses are little tray. I got to shut the curtains. I'm in my boxer shorts and shirt. I'm going to take a bath and go to bed. But I want to shut the blinds so it's really dark in the room.

My parents worked their tails off, but we weren't the poorest people in town. Some people I went to school with, you could tell they were dirt poor.

Even if one doesn't smoke pot, one has to see the benefits of decriminalizing it.

What would a smarter person than me do Then do it.

[It] gives kids a chance to have a great time in the summer, and act like kids.

After you've lived with somebody for 11 years, what's a guy in a robe reading from a book going to change?

You look at that baby (elephant) and it's just ... you melt. When you see this movie, bring a Kleenex. But it's a good movie, it's funny and happy, dumbo.

We did 'Erin Brockovich,' we did 'Man on the Moon,' we did 'Living Out Loud,' but now I'm going to keep going. 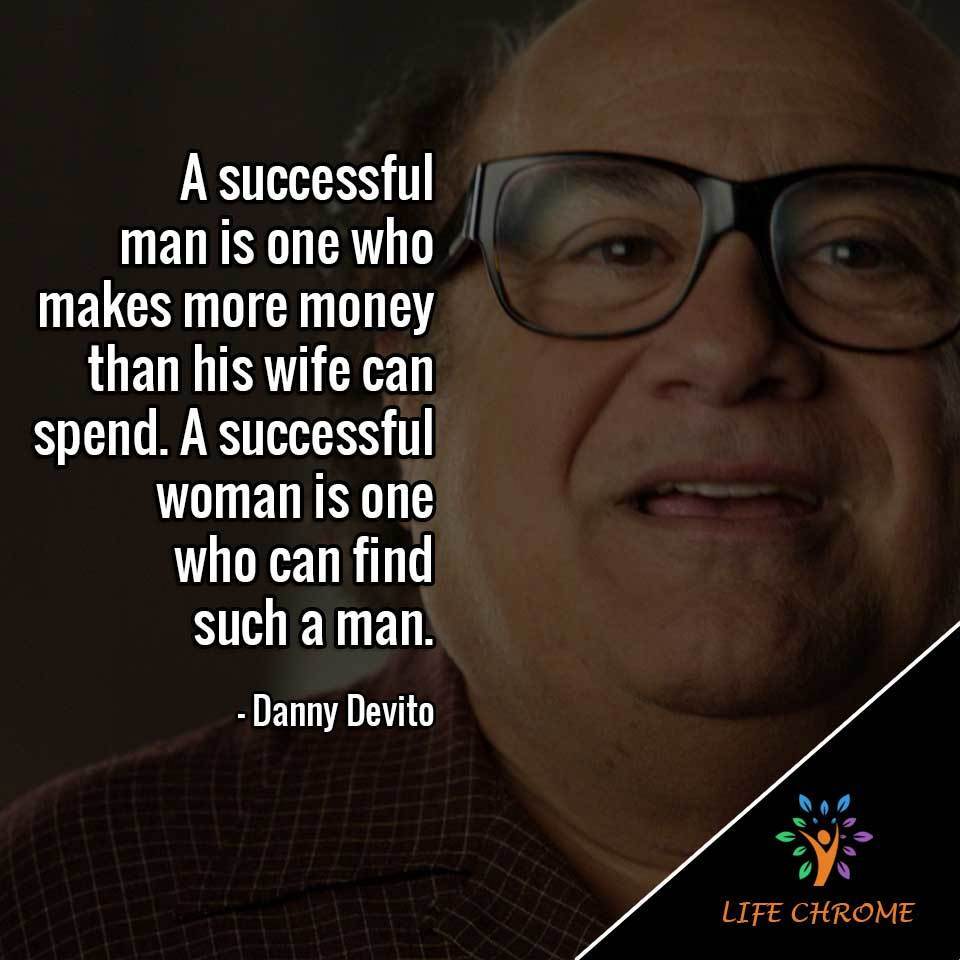 I'll tell you one thing. I love Philadelphia. One of the first things I did outside of New York was at the Theater of the Living Arts on South Street.

It's a first for me. It's my first nude scene.

Wherever I am, it's a really good feeling to have that connection to people. I love to go out to talk to people and be with folks. I don't shy away from it.

It's unfortunate that the entire country is a racist country.We're living in a country that discriminates, and has certain racist tendencies.

What you do with it and things like that, but I basically chose this after I read it because I thought it was different and funny and unique and dark - things that I like to do.

I don't think I've been bored, ever. I've always been working on two or three things at a time; whether it was in the early days, or whatever, I was always working on something.

The son has always felt like he was a footnote in one of the stories the father tells. The father is an amazing storyteller and one of the tales that he tells is how he met his wife.

I am self-centred. I just adore myself.

In this movie, you have all the things you love from Tim. All the magic and the whimsy and the surreal, but he also has a fantastic story of a father and son that really gets under your skin.

I believe that if life gives you lemons, you should make lemonade... And try to find somebody whose life has given them vodka, and have a party.

You have to give people permission to laugh. That's why they would always cut to the banana peel in the Laurel and Hardy movies.

I'll watch Ricky Gervais in anything he does. The guy's hilarious.

When I'm directing or producing, I like to do different kinds of stories. But you have to know what you really like, and when you do, you have to front your position.

This big part flies off on the floor. The other part goes like this and lands in my foot! Standing up! It's standing in my foot! Right in the side of my foot. The flute glass. I think I'm like in one of my own pictures.

What Tim does is, he calls me and sends me the script. And then he sends me a drawing, an illustration of his image of me as the character. It's so great.

Well, you know, I feel like it's about a lot of things. The reason that I made it was because I thought it was really funny and unique and just a different genre.

The acid's makin' me feel like I gotta take a dump.

If it’s true journalism, you shouldn’t be paying for it. 'm always studying and I've been doing it for a long tim

Do not take life too seriously. You will never get out of it alive.

We set the building on fire, you just happened to catch on fire!

Dennis, if I was looking for safe I wouldn't be sticking my dick through a wall.

So we see Edward as a young man on the road and he meets a giant and he brings the giant to a circus where he meets a Miss Calloway. He sees the woman of his dreams and I am the only one who knows who she is.

I developed that for a long time. I also developed 'Sugar Sweet Science' at New Line and that didn't happen. That was a boxing movie. And between all that there were a couple of other things.

You just throw the dice and you get lucky. And I surround myself with smart folks—usually young smart folks. It's good to be thought of in a good light, to have a little bit of clout, but you can't carry the ball all by yourself. You need a team.

I go out into the woods at night, the secret thing happens and the guy is obviously standing there naked in the woods. So I just went on a diet immediately. I got all those creams and started rubbing

Edward's the kind of actor who is always nosing into it, trying to find it, looking for it, and searching and Robin is, too, but in his own way.

Even when you read the script of 'Big Fish,' which is really a terrific script, you don't really get into the world that he's creating until you take that step with him, that first step into a world he's created in his mind.