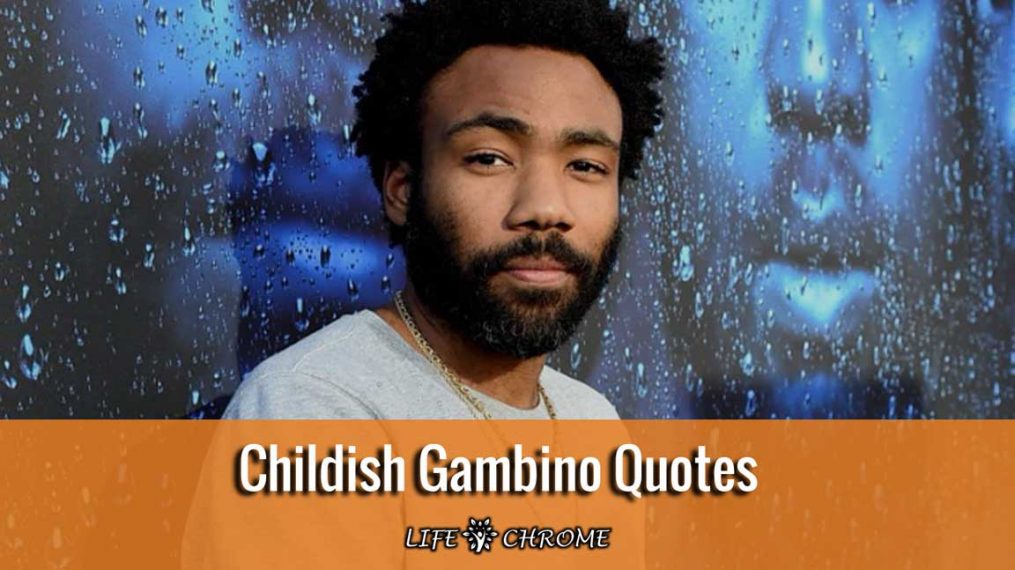 A lot of the rap shows I saw as a kid were boring, but if you went to a Rage show or a Justice show, the kids were losing their minds.

We put stereotypes on ourselves. Everybody does that. But I think it’s just a little harder for black kids to just be who they are.

I personally don’t believe people really grow. They just learn stuff when they were a kid, and hold on to it, and that affects every relationship they have.

I’m very impatient, so I was like, ‘I want to be able to do whatever I want now.’ But even the biggest stars – you look back and they weren’t overnight.

I'm very confident in my point of view. 'Cause I think that that's all you can really have. I'm never really going to know what anybody else is going through, so it's just kind of your job to be expressive with your point of view.

Careers very rarely are a waste of time; jobs usually are. 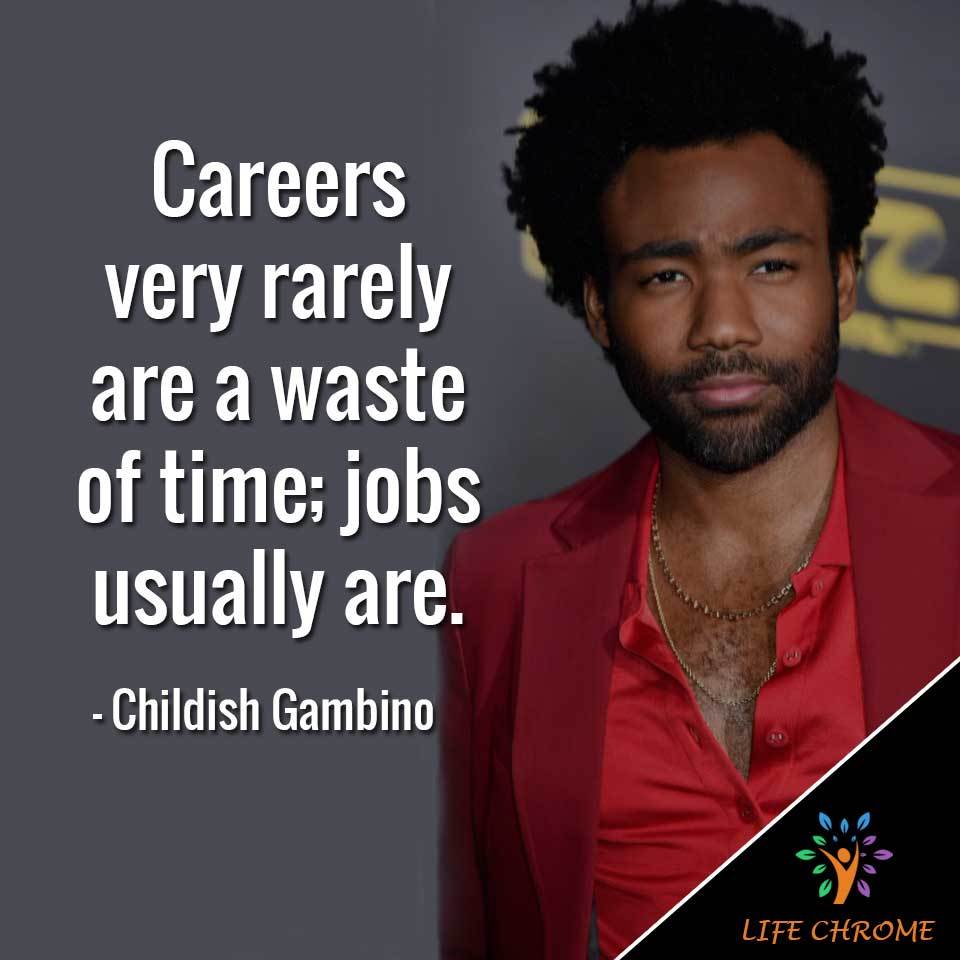 I try to be me to the utmost.

How important history is. Just having information of the past. It helps you predict the future, which is all we really have as, you know, humans.

If you're on Twitter, what you're saying is, 'I'm important enough for you to care what I think.

I felt like high school for me was like a big whirlpool of me trying to figure out what was OK for me to do.

The thing about stand-up was, I was doing all this sketch and YouTube stuff where I was not being censored and I got to do my own thing, and it was really cool.

Black men struggle with masculinity so much. The idea that we must always be strong really presses us all down - it keeps us from growing.

When anybody pays you to be creative, you’re very lucky.

Also, I realized a lot of kids are listening to me. Whether I want to be or not, they’re looking up to me.

But I just think I was lucky enough to figure out early on that I wanted to do comedy, so that’s what I put all my effort into.

I think it's a comedian's job to make everything funny. Nothing is off-limits.

I’m probably going to get in trouble for this but ‘American Dad’ is one of my favourite shows. It gets very dark in places but the jokes are there.

Usually, if I think something is really funny, I’m not gonna test it. I’ll just test it when I’m onstage.

Black culture is a fight. We want to hold on to what we are, but sometimes the things that we are can be totally negative. You have to think: can’t we try something new and not be seen as suspect?

If it makes you nervous- you’re doing it right. 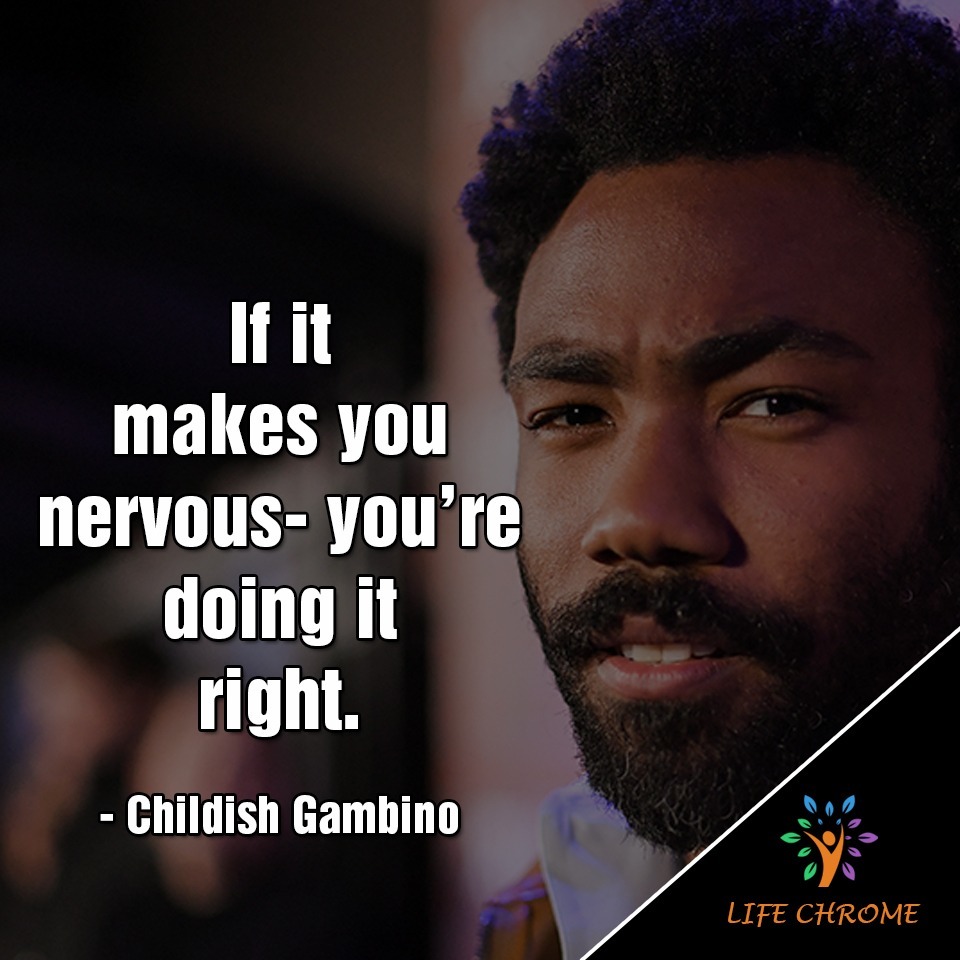 Kept looking for something to be in with. Follow someone’s blueprint. But you have to be on your own.

I think that’s what makes a good rapper. Somebody who wants to push themselves and their audience further.

I refuse to go back to not liking who I was.

We lay out our lives in a narrative we understand, like a movie, but are you enjoying making it or are you wondering who’s watching my movie.

Don’t it always seem to go, that you don’t know what you’ve got till it’s gone? They paved paradise, put up a parking lot.

I don’t wanna be alone cause ya know, somewhere inside, I cannot find the feeling I got from you.

I am what I am, everything I wanna be.

Being happy is the goal, but greatness is my vision. 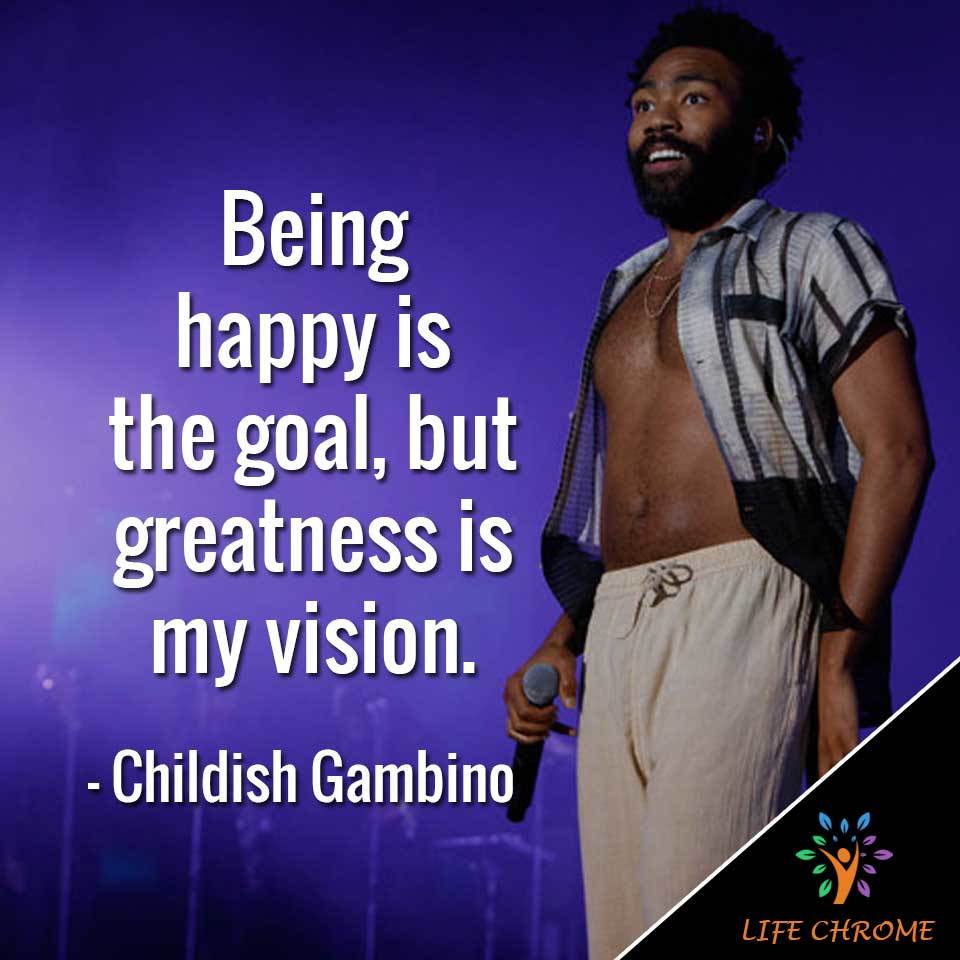 Writing is a very strenuous thing - it's like banging your head against a wall. At the end of the day, acting is better, just because nobody ever asked me if I wanted a Pellegrino in the writer's room.

Everything I sing is something I’ve felt or something I saw someone feel, and I don’t want people to be afraid to feel.

Yes, I'm drinking whiskey, baby I am gone tonight NBC is not the only thing I'm comin' on tonight Gross, why the fuck I say these things?

I have an obsession with books about kids with Asperger's syndrome.

The only reason I'm able to do music is because I'm making money on 'Community.' If I wasn't, I couldn't pay for things.

You can't live your life on a bus.

You have to be real with yourself. No one is doing that. People are too concerned with making everything look nice and calm and pretty. 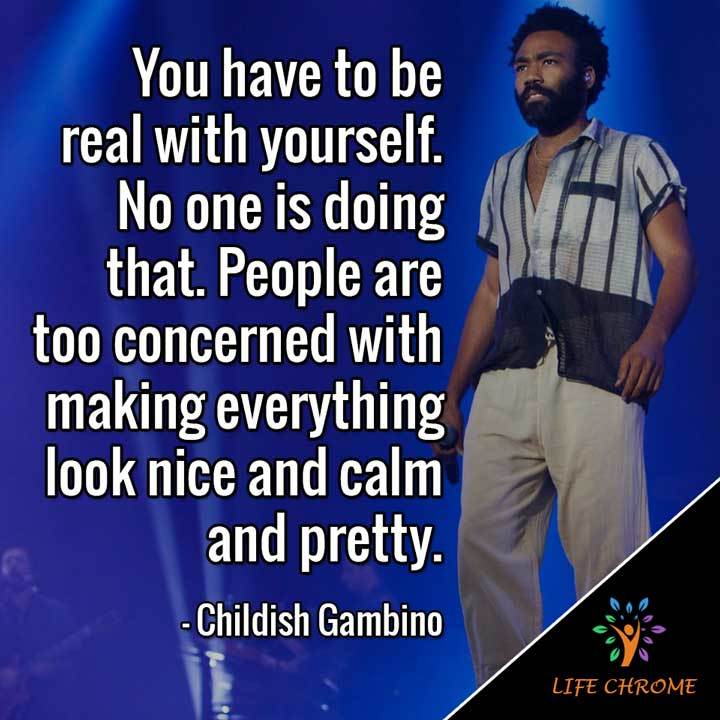 I don’t even remember why I’m wasting all these tears on you.

I'm wishing I could make this mine, oh.

Is it summertime magic, That makes me wanna dance all night long.

I wanted you to know whenever you are around, can’t speak, I can’t speak.

NO matter what you say or what you do. When I’m alone I’d rather be with you.

So we’re done? This the real shit? We used to hold hands like field trips.

More Amazing Quotes From Others